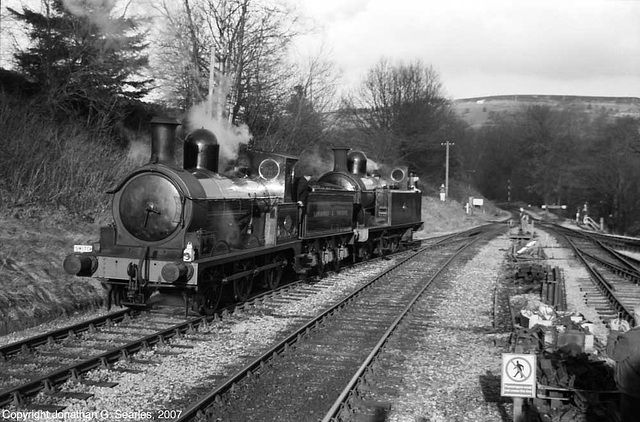 This is the first of a series of black and whites that I took on the Keighley & Worth Valley Railway on my third visit there on February 18th, 2007. I started shooting black and white, if I'm not mistaken, when I got to Oxenhope, but I have to admit that in general these photos may not be in perfect order. Here we see ex-L&Y #957, built in 1887 (really!!), and Taff Vale #85, which is also ancient. The 957 is my favorite, though, being an L&Y "Ironclad" 0-6-0, as brutally authentic as a vintage British steamer can get. Neither is the oldest I've ever ridden behind, but they come close. They're also both quite small, so our train was headed by both locomotives.