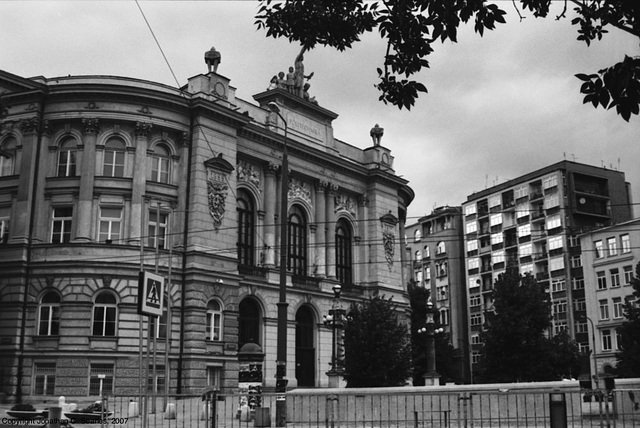 I took this to contrast the older architecture with the new in Warsaw. Although the old town was levelled in World War II, the rest of the city sustained varying degrees of damage, and the Polytechnika (I'm assuming that's the Polytechnic school) is one of the older buildings that made it out in one piece (or perhaps was rebuilt). The buildings next to it, however, apparently didn't survive, and those ugly Communist buildings replaced them.
Suggested groups:
Comments