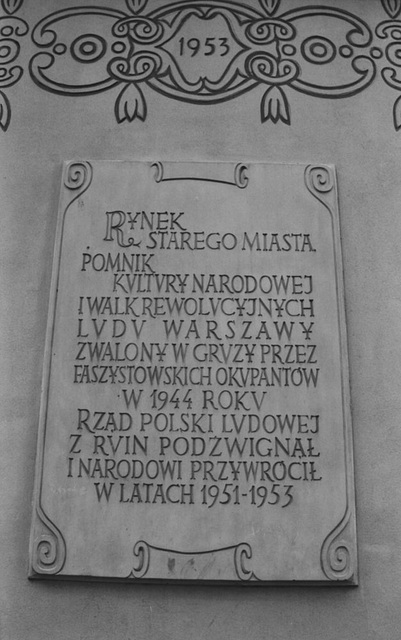 Indeed, nearly the entire Old City of Warsaw, or Starego Miasta, was destroyed during World War II, and following the war a decision had to be made whether to make Warsaw into the ugly pseudo-modern ghetto that Berlin became, or to rebuild it as it was. Thankfully, the new Communist government of Poland opted for the latter, and managed to reconstruct the entire city, medieval streets and all, in only two years between 1951 and 1953. Upon completion, this plaque was erected to commemorate the achievement.
Suggested groups:
Comments