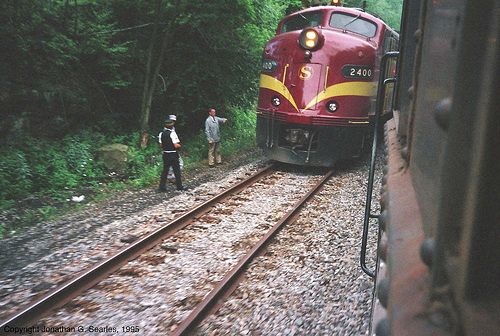 I took this as we were approaching Scranton, and met an NYS&W excursion leaving Scranton. The same train had taken NRHS members from the Central New York and Utica & Mohawk Valley Chapters to Scranton for the weekend, although the convention, as usual was week-long. Months later, the engineer in #2400 (who I knew) commented that he had seen me taking the picture, and couldn't fully believe that it was me, as he thought I was on his train.