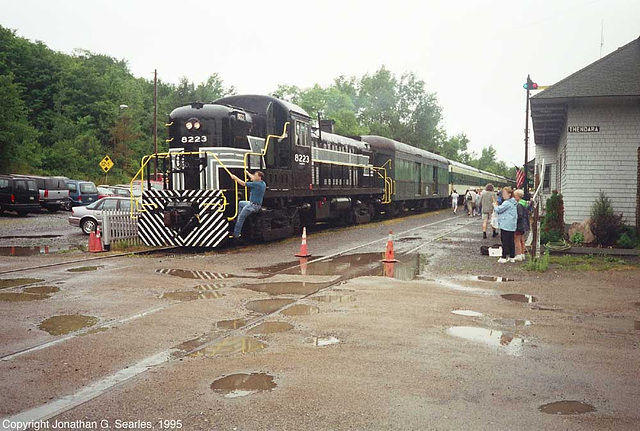 I thought of the Adirondack Scenic Railroad again a couple of weeks ago when, to my astonishment, I found that Ceske Drahy, the Czech Railways, were using a photo of the Adirondack to promote one of their special services. Even more surprising, it was this locomotive, #8223, which was featured in their ad. I worked on and behind this locomotive many times while I was a volunteer on the Adirondack Scenic Railroad, so it brought back a lot of memories. I think that this photo was taken on the day that the Adirondack Scenic Railroad reopened to Carter. I'm not sure if this was taken that exact same day, but I'm fairly certain it was around that time, and in any case this photo does give a pretty good idea of what it was like to be at Thendara that year, even if there were often far more people around than seen here! Since this photo was taken, the entire yard has been resurfaced and the tracks have been completely replaced, meaning that it does look quite different today.
Suggested groups:
Comments