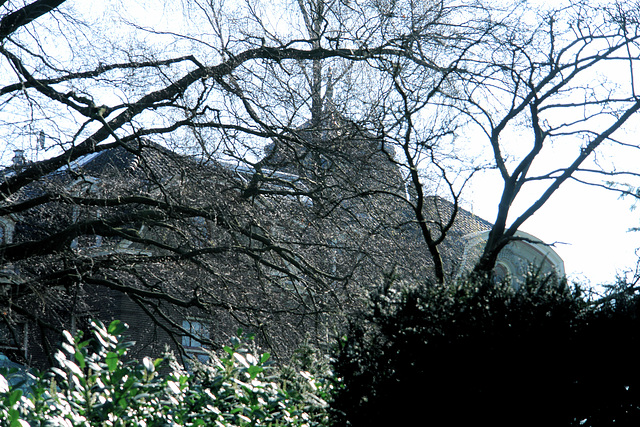 Many of Baarn’s magnificent houses have disappeared since I was young, but this one, perhaps the biggest of them all, is still standing. Part of the premises was, for many years, the botanic garden of Utrecht University, but the garden that remains is still huge.

In my youth, it was also the scene of the “Baarn murder case”: a son of the family and a friend had killed a fellow student and buried him in the garden. When it was found, most of the corpse had been consumed by unslaked lime and, at first, was thought to date from WWII, but eventually the truth came out. I have never heard about the motive –it may have been just the thrill of the act (I can’t help being reminded of the Hitchcock movie “Rope”).

In the meanwhile, Baarn has had a second and even a third murder case, but for today, this one should be enough...
Suggested groups:
Comments