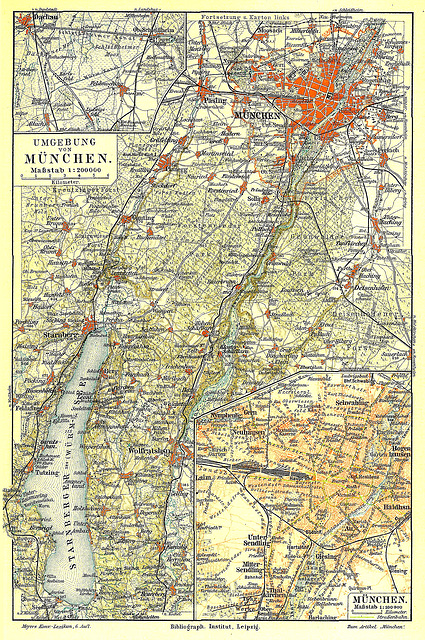 Among other things, this old map shows the railway from Munich to Beuerberg (and Bichl, not on the map): the Isartalbahn. In 1891/2 the line Munich (Isartalbahnhof) - Wolfratshausen was built, and in 1897/8 extended to Bichl, in the far south.
In 1972, the Olympic games took place in Munich and the first subway line was opened to the public. Also the line Munich - Wolfratshausen was renamed “S10”, though it wasn’t fully integrated in the Munich suburban S*-Bahn system until, nine years later, it became the S7.

No wonder Icking blossomed in the first half of the 20th C.: it was the northernmost village offering a foretaste of the Alps and the fresh air city people wanted. The earliest house which wasn’t a farm or a church was erected in 1896 by a schoolteacher; it is ours now.