Latest posted Navigate on the map Photos with specific people Most appreciated Most viewed Most commented Search by keywords Search by date
See also... tiabunna's
favorite photos All the photos where
tiabunna appears
View on map
Center Close 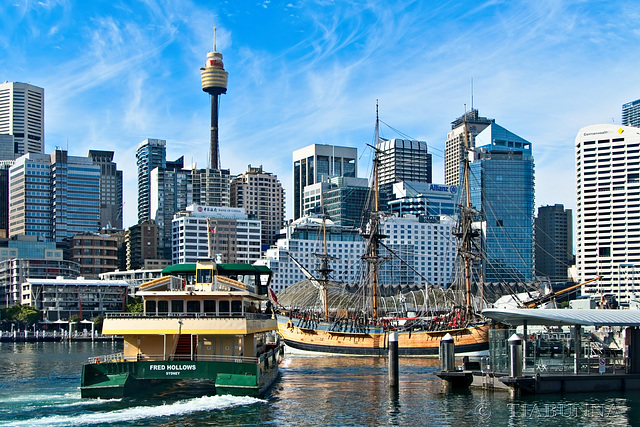 The Australian National Maritime Museum has a replica of HMS Endeavour , the ship used by Captain Cook in 1770 to map the eastern coast of Australia. In the foreground one of Sydney's catamaran ferries. See also PiP. 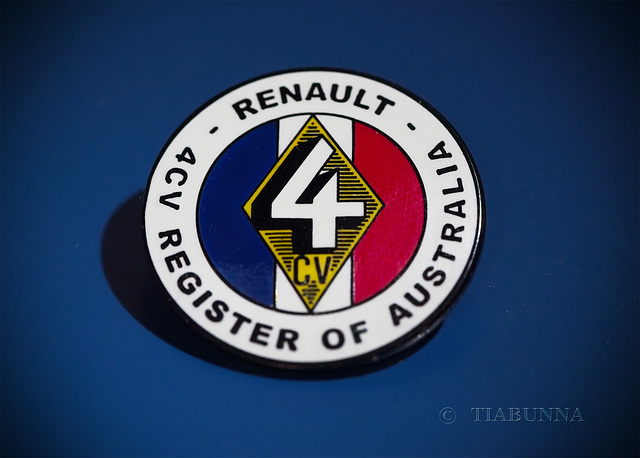 For "Macro Mondays" group topic #264, 4 July 2022 "Pins" "Pins are usually pieces of jewellery made of base metal that are pinned to the lapel. They often have a decorative function, but can also underline the affiliation (for example to a club or a company). " (I'd call it a badge, but I guess that's a matter of translations). 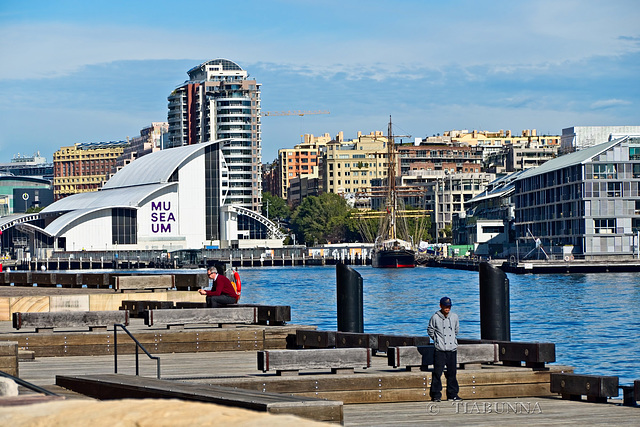 Across Darling Harbour from the maritime museum (and with the James Craig in the background) the Barangaroo area of Sydney, formerly run-down warehouses and shipping wharves, has been the scene of major redevelopment over recent years. A second image in the PiP. Happy Bench Monday, everyone. 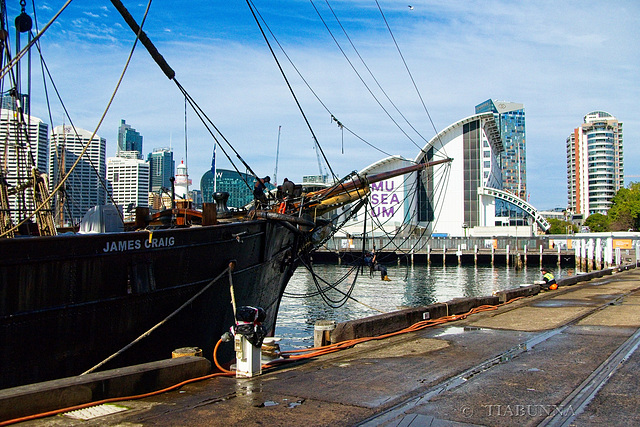 The James Craig is a three masted steel hulled barque built in 1875. I remember seeing her, long ago, as a rusting hulk on a beach in Tasmania. Finally she was refloated, towed to Sydney, and restored by volunteers. She now is at the Sydney Maritime Museum and does regular trips out to sea. Much more info on her here. 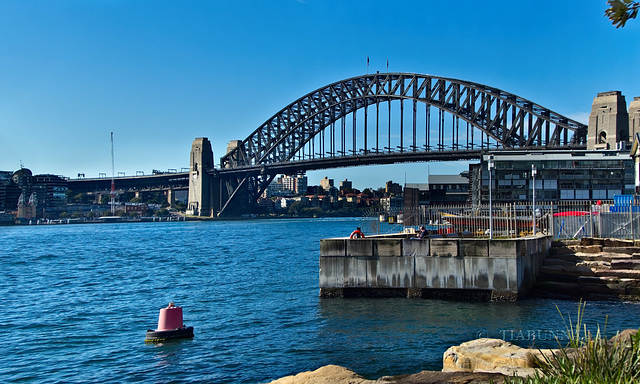 Also known locally as "the coathanger", this has defined Sydney since its construction in the 1930s . Taken in the early days of my recent travels. Happy Fence Friday, everyone, and have a safe and enjoyable weekend. 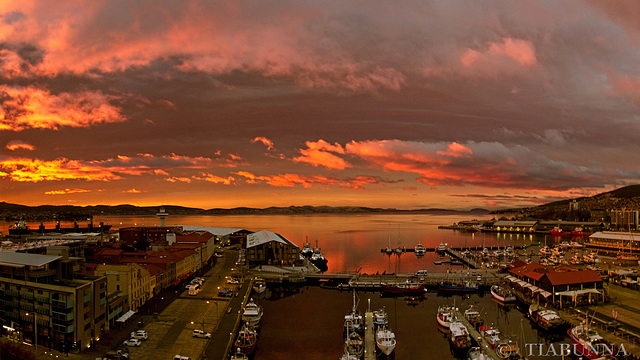 Needs to be viewed large on black. Showing the port area of Hobart viewed from the hotel room, at sunrise on the day of my departure from Hobart. A stitched panorama. 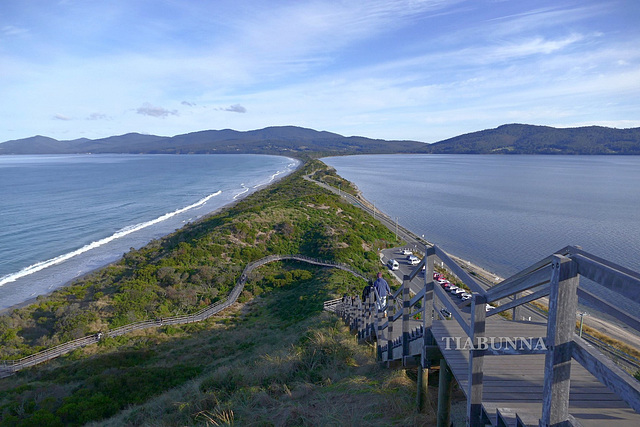 Bruny Island is near the southern end of Tasmania. Its northern and southern ends are joined by this isthmus with a viewing platform where this image was taken. I'm having a very pleasant time on my trip, but will be away (and offline) for a little longer. Meanwhile, best wishes everyone and do have a very Happy Fence Friday. 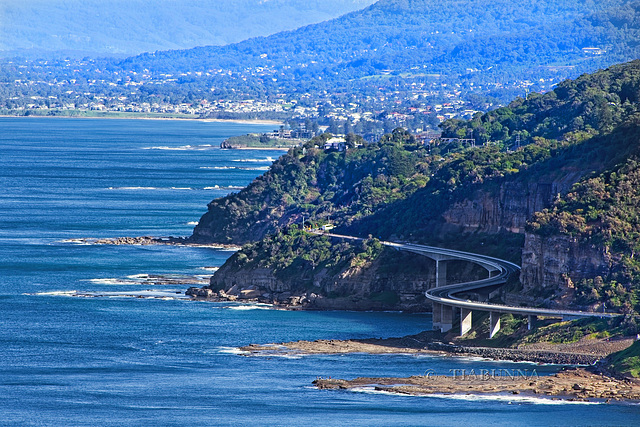 This bridge is well known (at least in Australia). Yes, there's a fence too, though you will have to enlarge to see it. It's more visible in the PiP, taken on the bridge. I expect I'll be largely offline for a while as I shall be travelling. For now, all my best wishes for a very Happy Fence Friday and a great weekend, everyone. 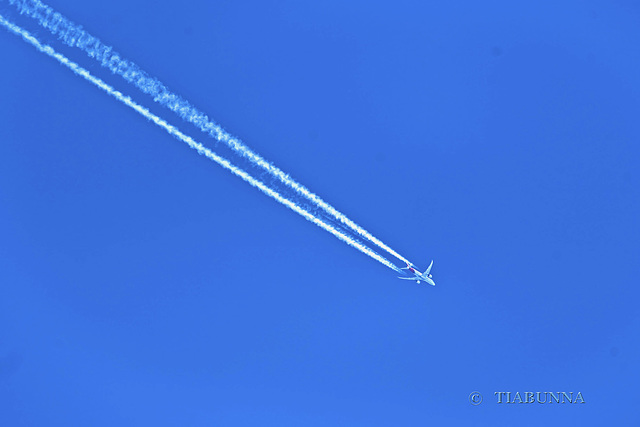 Qantas flight QF63, taken just over 12 hours ago, at 34,000 ft about 30 minutes from its Sydney departure. It has been en route across the southern Indian Ocean to South Africa and, as I post this, still has another 1.5 hours to travel before arrival. The aircraft is a Boeing 787-9 Dreamliner.
2139 items in total
Jump to top