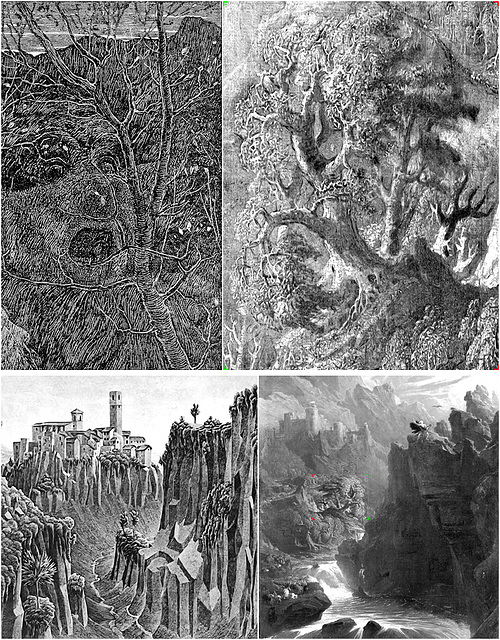 [top left]: Detail of an illustration by Henry Holiday to Lewis Carroll's "The Hunting of the Snark" (1876)

M. C. Escher took the whole concept of John Martin's The Bard. Henry Holiday in most cases quoted different elements (shapes) in his source images and often gave those elements a completely new meaning. (In one case the shapes even were the cracks in the varnish of a source image.)

Yale Center for British Art: "Based on a Thomas Gray poem, inspired by a Welsh tradition that said that Edward I had put to death any bards he found, to extinguish Welsh culture; the poem depicts the escape of a single bard. Escher turned that landscape into am Italian scenery."