Latest posted Navigate on the map Photos with specific people Most appreciated Most viewed Most commented Search by keywords Search by date
See also... CruisAir's
favorite photos All the photos where
CruisAir appears 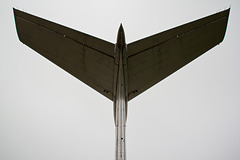 The tail of an IL-62 in the China National Aviation Museum near Beijing. 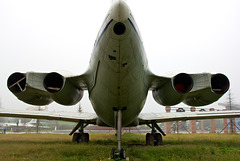 The back part of an Ilyushin 62 exhibited at the China National Aviation museum near Beijing. In this view, the extra support wheel for the heavy tail can be seen deployed. 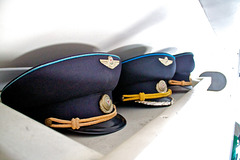 Some pilot hats stored in the hatrack aboard an Il-18 of Air Koryo. 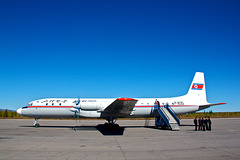 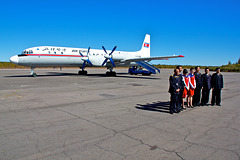 The crew posing in front of their aircraft they just flew into Samjiyon airport. 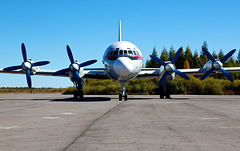 The beautiful Il-18 of Air Koryo parked on the tarmac at Samjiyon Airport, seen from the front. 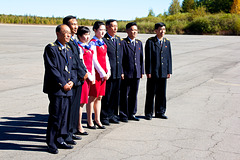 The complete crew of Air Koryo's Il-18 flight from Pyongyang to Somjiyan pose in front of the aircraft after the flight. 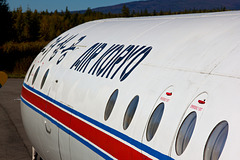 A look onto the fuselage of the beautiful Il-18 of Air Koryo. 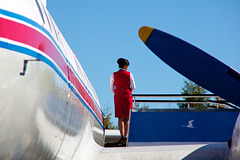 After arrival of Air Koryo's flight, a flight attendant patiently awaits that all passengers have disembarked. 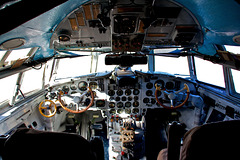 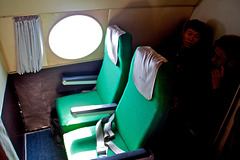 Economy class seating in the part of the cabin where the rear entrance is. Note the fabric curtains to cover the window instead of blinds. 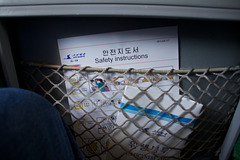 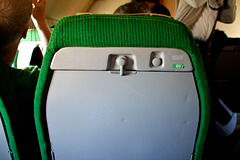 The seatback of an economy class seat. Note the sticker on the seat back that indicates the seat number of the seat it's sticked on. 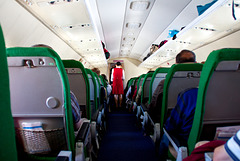 IL18 service from the aisle

Inflight service on a flight with Air Koryo's Il-18. 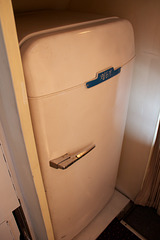 This full size "normal" kitchen fridge in the galley aboard Air Koryo's Il-18. They had cold towels in there, by the way. 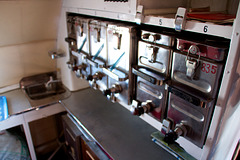 The galley with hot jugs aboard Air Koryo's Il-18. 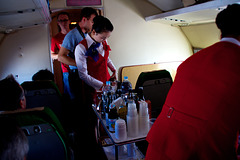 The flight attendants trying to make inflight service aboard Air Koryo's Il-18 despite aviation geeks running up and down the aisle during the flight. 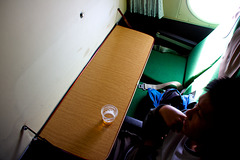 An economy class bulkhead seat with a rarely seen fold down table aboard Air Koryo's Il-18.
98 items in total
Jump to top