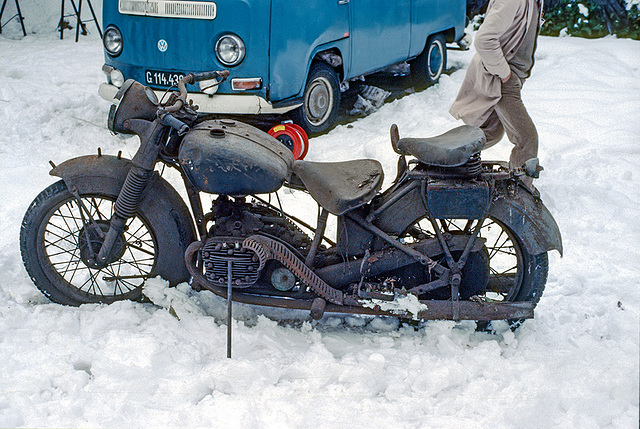 The "Puch 800" was the biggest motorcycle, which Puch built in its factory in Graz. Only 550 bikes were produced between 1936 and 1938 and only a few survived. Unfortunately I sold the bike later after restauration under a forced situation. It's a 170 degrees 4-cyclinder V-engine with side valves, 792 ccm and 20 PS, 4-speed gearbox and automatic manual gearshift. - scanned slides, Minolta X700 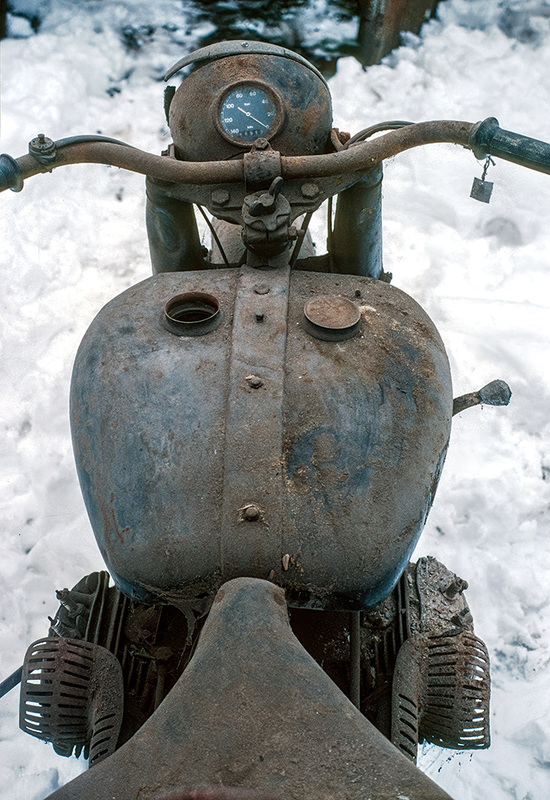 a beauty!
11 days ago. Translate | Permalink

I'm amazed you managed to restore this Berny.............it sound like someone got a good bargain from you when you sold it. I hope we're going to see a photo of the restored bike.

Precious find! So unusual to see an anticlockwise speedometer! I hope you still have a slide of the restored Puch, so that you may scan it and show us.
10 days ago. | Permalink
Berny club
has replied to Dimas Sequeira club

The restored bike can be seen on some of the next images. Thanks, Dimas!
Yes, it's the only bike I ever saw with an anticlockwise speedo.
10 days ago. | Permalink

Great to see this, Berny. The engine was similar in capacity and power to my little Renault 4CV.
9 days ago. | Permalink
Berny club
has replied to tiabunna club

Interesting, but a little bit less weight ;-) Many thanks, George, have a good week!
9 days ago. | Permalink