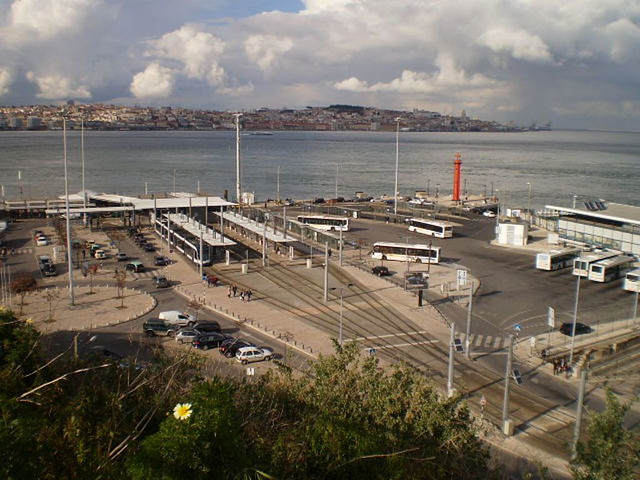 A view from Cacilhas heights to Alfredo Dinis Square, terminal of buses and trams, also of ferries proceeding from Lisbon, 2km far. The red lighthouse, no longer active, stands as proud heritage of Almada. Its original location was on the left side of the photo. It was disassembled in the early 1980's and reassembled on Serreta Point, Terceira Island, Azores, to replace a previous one, collapsed during the earthquake of 1980 New Year's Day. In the 2000's an automatic light replaced it on Serreta Point and, when the lighthouse became useless, Almada claimed it back, before it ended as scrap. Now it stands there, as a part of Almada history.
HFW!

I know this place well. I love the ferry ride from here to Lisbon.
5 years ago. | Permalink

Admired in: www.ipernity.com/group/tolerance
5 weeks ago. | Permalink