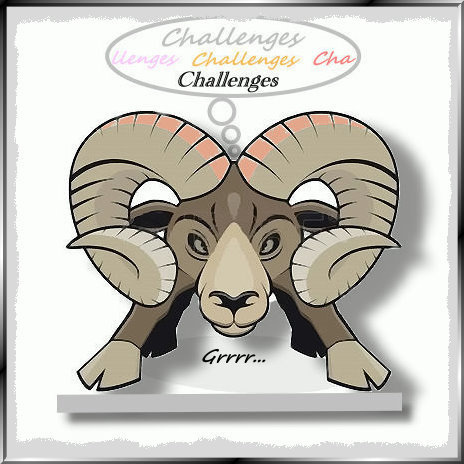 I never had a relationship with rice closures or so...

I don't have a buck for days long zippers or fences and certainly this goes to all the many interested people who want to come to us and then have to see this... Sorry...

Thanks a lot Roland...
3 years ago. Translate | Permalink

Why can Ipernity not outsource such a thing to a separate Forum - only for those interested in this?
I'm sure these days of the challenges - especially over the Weekend - are not a good publicity for us at Ipernity...
3 years ago. Edited 3 years ago. | Permalink
Gudrun club
has replied to ©UdoSm club

I think maybe EACH has to be able to have FUN in any way they wish.

If people dont like... dont play. No-one is forcing them.
3 years ago. Edited 3 years ago. | Permalink
©UdoSm club
has replied to Gudrun club

In the meantime a lot of known users have clicked on this image but have not left any comments on it. Why probably...
That was very noticeable...
3 years ago. | Permalink
Pam J club
has replied to ©UdoSm club

Maybe they also dont see why they should have to defend liking something Udo....

But maybe critising is just not warrented either .
3 years ago. | Permalink

+ 1. Totally agree with your view point on regarding how challenges makes the photographer look at subjects they otherwise would pass with out notice. I see thing since I took up photography that I would have passed without notice.
3 years ago. | Permalink

Admired in:
www.ipernity.com/group/tolerance
3 years ago. | Permalink

The picture tells the story Udo !!! Thank you for posting to Fur, Fin and Feather.
3 years ago. | Permalink

I like to participate to some challenges ! I think it is a good opportunity to test our creativity and I have a great fun in doing this, although the themes are often far from my usual type of photos.
We have nothing to win and this is good, this is not a real "competition", it is just a fun !! I think there is a place for challenges too on IP, why not ??? Now, maybe the day could be changed, but still many of us are still working and have no time during the week ....
3 years ago. | Permalink

Hi Udo
If you don't like Challenge Groups just don't bother with them. But Tolerance and respect to too those who do given.
3 years ago. | Permalink
©UdoSm club
has replied to Treasa Ui Cionaodha club

Hi Tess, so far here have actually all been very factually discussed and have not become personally... I would also ask you not to leave this base.
3 years ago. Edited 3 years ago. | Permalink
Treasa Ui Cionaodha club
has replied to ©UdoSm club

Hi Udo
I really did not intend to personalize any think said by you I apologize if I have offended you in any way. I thought I was just saying the obvious. Freedom of choice for all to choose Challenges or not. That is all.
I think there is sometimes misunderstandings because of language I only speak English. And sometime it hard to interpret what is actually being said. Again no offence was intended towards you personally. We are friends here and have been for a long time.
3 years ago. | Permalink
©UdoSm club
has replied to Treasa Ui Cionaodha club

Thank you Tess, that is accepted...
3 years ago. | Permalink

I don't understand what the problem is. Is it because you see so many challenge group contributions on Explore? Are they somehow bad? Poor quality? Or just too many?

One option is to have "secret societies". Sometimes I keep my challenge group contributions as private, and share them only within the group. That also keeps the images away form Explore. Some challenge groups could of course decide to do so in general.

But personally I prefer to let all flowers bloom. Excluding of course SPAM and "inappropriate". I even think the challenge group contributions also challenges what is usually seen as "popular". Usually the pretty landscapes and a figure of some living creature (human or animal) is seen the most popular.

Although, it also seems that "popular is popular". Who ever becomes favorite then receives even more faves, no matter what becomes posted. That can be applied to challenge groups. Because those groups have become popular, then people participating to them (including me) seem to acknowledge more easily just the effort of getting the challenge done.

And if someone wants to read more on what probably affects on such things as what makes a picture "popular" or "memorable", here are two links on those subjects:

I suppose here at ipernity the popularity especially depends on "social cues" mentioned on the article by Khosia, Das Sarma and Hamid:

For the sake of constructive discussion and freedom of speech it is better to have the discussion than to hold a grudge in silence.
3 years ago. | Permalink