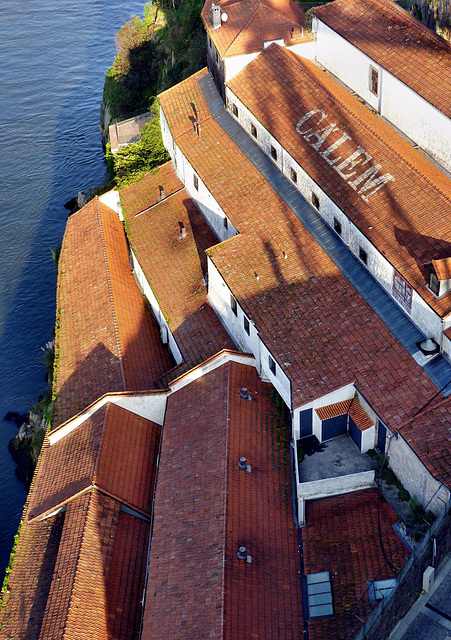 Porto is with a population of about 250.000 the largest city in Northern Portugal. In "Greater Porto", the metropolitan area, live even more than 1.7 million people.

The historical center of Porto was proclaimed a World Heritage Site by UNESCO in 1996. Port wine is named after Porto, since the cellars of Vila Nova de Gaia on the southern banks of the river Douro are the centers for packaging, transport and export of the fortified wine. Some years ago I had been here for a couple of days before I started the "Camino Portugues" here.

Since 2011 the "Teleférico de Gaia", a cable car, takes the tourists down to the river Douro on the southern side of the river. To give them all the opportunity to take photos, the cable car is very smooth and slow. The large warehouses, where the port wine is stored, are located all along the bank of the Douro. "Caves Cálem", like most of the other companies (eg Burmester, Sandemann, Offley..), offers tours and tastings.