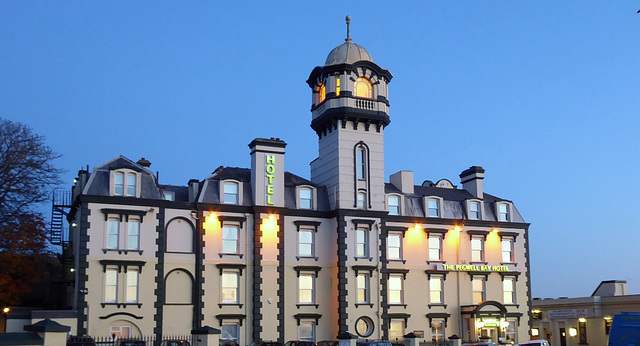 Originally the Passmore Edwards Home for the Working Men's Club & Institute Union.
From the day of its opening, on August Bank Holiday of 1894, the Home was a success. As each resident came back to his club, he spread the tale of its charms. Large excursions organised by the Home Committee took tens of thousands of London clubmen to Pegwell. The Home continued under the WMCIU control until 1969, when, after suffering flood damage, it was decided that repairs would be too costly and the building was sold to be converted back to being a hotel.


A lifelong champion of the working classes, Passmore Edwards is remembered as a generous benefactor.

MY THANKS FOR ALL VISITS AND COMMENTS IT IS APPRECIATED.

Wow! Handsome building with that amazing tower....
2 months ago. | Permalink

Passmore Edwards seems to have had many buildings named after him--libraries, swimming baths, community halls etc, including a few in my area of South London. All seem to be very striking.
47 hours ago. | Permalink