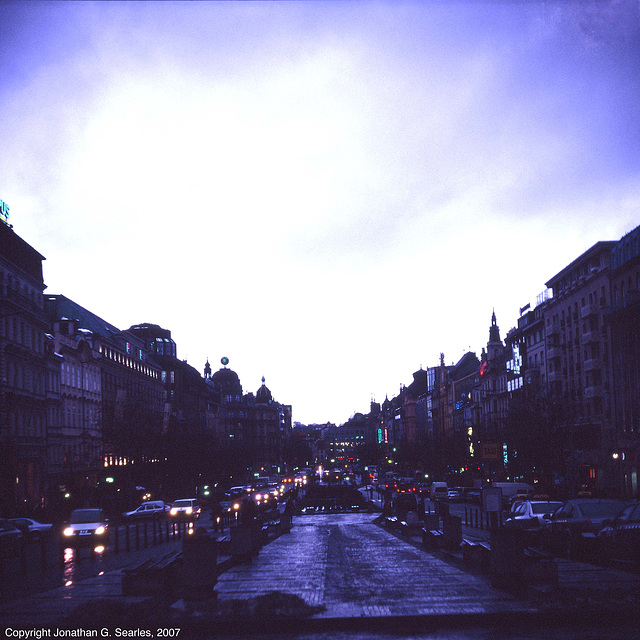 This is part of a larger experiment with loading my Ikoflex with color film. This roll was badly underexposed, though, because of the shutter having no intermediate settings between 1/100 and 1/300, and of course my lack of skill. I'm wondering if the batteries in my Gossen Polysix lightmeter are a problem, too. I've also got a bit of a blue cast over everything, which I've noticed to a lesser degree with other photos taken with a Zeiss, and I've got vignetting ala Holga or Lomo, although the vignetting is something I've experienced before with underexposed Ikoflex shots. I also had considerable light leaks on this roll, although I doubt this is the camera, as I mishandled the film several times, and we know how 120 is. The issues with the film, I sense, also inhibited the lab from doing a good scan. Any tips on how to get the most out of color in an Ikoflex or other old Zeiss-lensed TLR would be welcome. :-)

Hello! I'm a group administrator of Fujichrome. It would be great if you would add this doc to our group. Thank you!
13 years ago. | Permalink