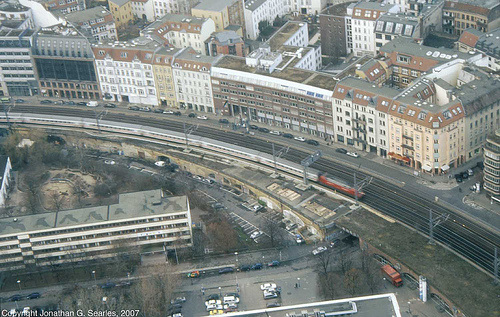 I attempted a number of shots from the Berlin Television Tower, but regrettably this was one of the only ones that came out because the windows were very dirty that day. I can't tell if this train was an Intercity or a Eurocity, but it would be one or the other, as that's DB Intercity equipment, which is also used on the Eurocities.
Suggested groups:
Comments