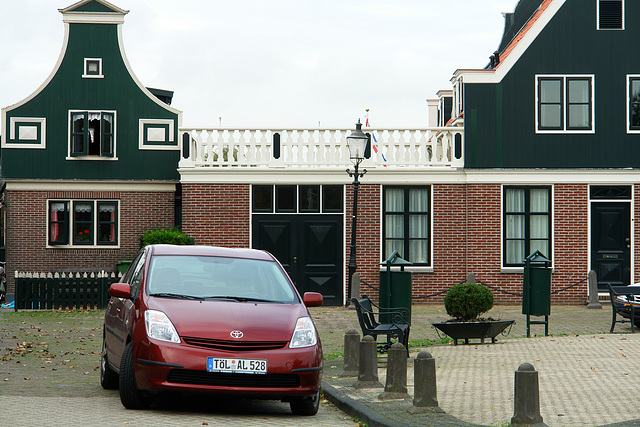 In the province of North-Holland there is a local equivalent of the Bavarian rustical building style (an early example of which is our house): it is connected with the river Zaan, and could be described as ... well, see for yourself.

In the last decades, Oostknollendam has heartily adopted the Zaan style, which was quite rare when I first came there. So everything you see on this picture is fake –except the car, of course.
Suggested groups:
Comments