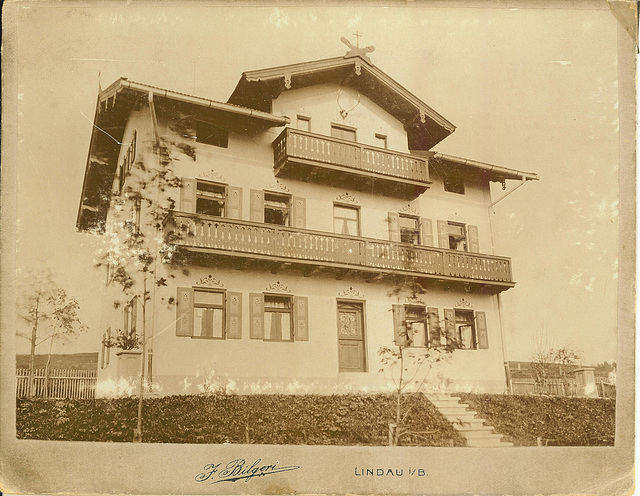 This is the scan of a little treasure we got just yesterday: the oldest extant picture of our house. It must have been taken shortly after the house had been built, at the end of the 19th C. It’s a rarity for us, but probably also for Icking’s pictorial history: I doubt if many photos older than this have been preserved.

I was happy to see several of my earlier conjectures confirmed: the beautiful door which now adorns the back of the house actually belongs to the front, and there had been painted ornaments over the windows (traces of which I believed to have discovered on the second oldest photo).

By far the biggest surprise for us was the entrance area: they are hard to see, but there are three steps leading straight to the front door, whereas all other photos we have show the situation as it is now: a roofed portal with steps on each side.
Suggested groups:
Comments