The crew preventing us following the orders from the Greek military 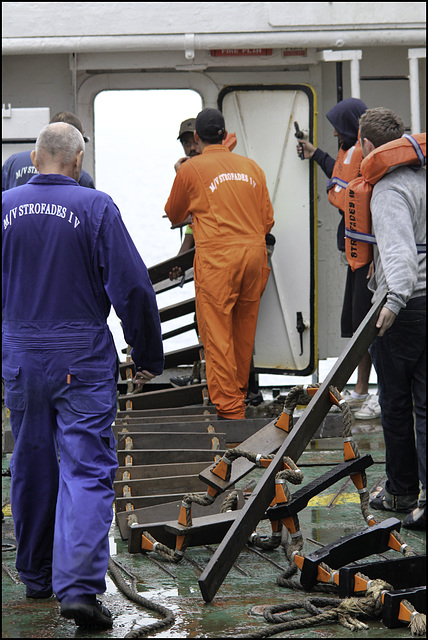 The commandos had shouted to us to let down a rope ladder to their Zodiac, so that they could board safely. The captain shouted to the crew to stop us, which they did with some violence. About half an hour later, presumably either realising the severity of his position, or attempting to appear co-operative, he ordered the crew to let down the very same ladder!

Also published elsewhere, and taken with Anwar's camera (hence the EXIF data) but please note, always © Kieran Turner. All proceeds from use will go to Aid Convoy.
Suggested groups:
Comments