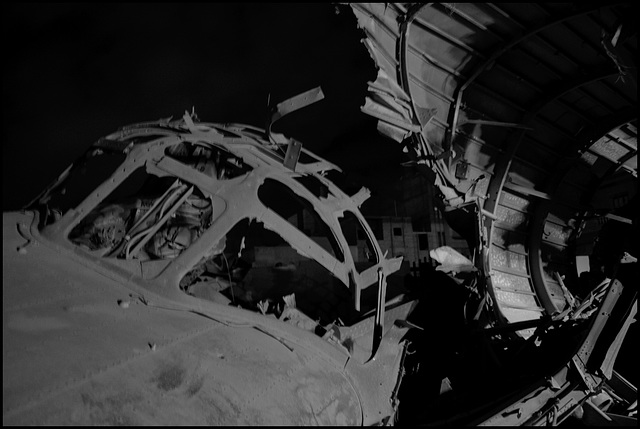 This Consolidated B-24 Liberator, "Lady be good", lost its way whilst returning from its crew's first combat mission, from Libya to Italy, during the second world war (in 1943). It ended up 400 miles inland in the Libyan desert.

When discovered in 1958, she was in remarkable preserved condition. The radio worked and the guns fired. Despite being so remote, she began to be looted, so has now been moved to a tourist police compound in Tobruk. Some of the copper and brass remains incredibly shiny and apart from the obvious crash damage, many of her panels are in restorable condition!