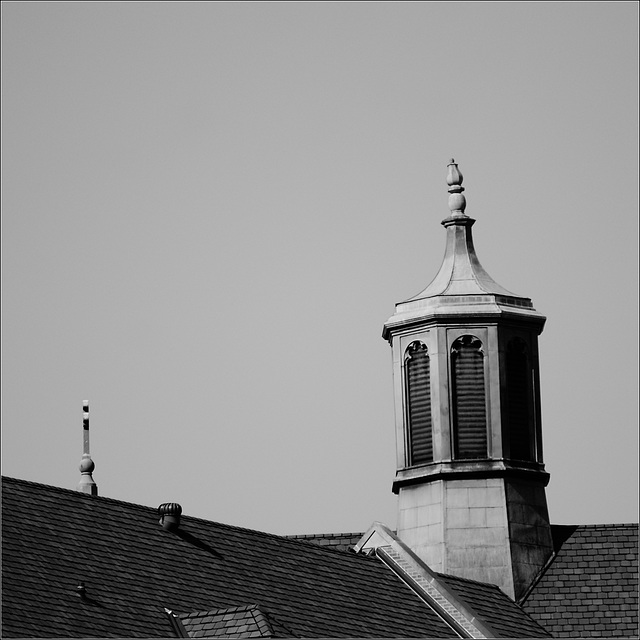 "Should be the last Borgess pic," I titled the 366 Snaps image of the hospital's entryway sign a year ago. It was indeed the last for the photo-a-day project; that won't be true for the outtakes, however.

Despite a weatherization project that reduced the ornamentation on the older structure, the hospital still has enough detail to keep things interesting.

A year ago today my sister was released to a rehab center (really a nursing home), where she'd remain for what turned out to be three more weeks. Things were kind of looking up.

Number of project photos taken: 11
Title of "roll:" Borgess
Other photos taken on 8/7/2012: I took the back roads home from the hospital, taking a handful of pix. One was of Little Venice.
CC BY-NC-SA 3.0 Joel Dinda Cupola
Suggested groups:
Comments