Latest posted Navigate on the map Photos with specific people Most appreciated Most viewed Most commented Search by keywords Search by date
See also... Roger (Grisly)'s
favorite photos All the photos where
Roger (Grisly) appears
View on map
Center Close 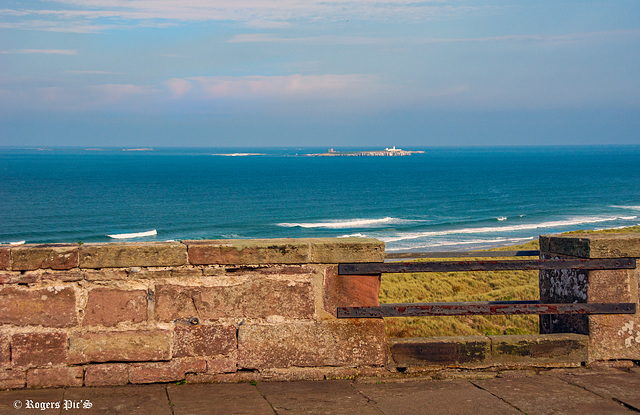 From the Ramparts, HFF.

The Farne Islands and the Inner Farne Lighthouse from the Ramparts of Bamburgh Castle, Northumberland. The group has between 15 and 20 islands, depending on the level of the tide. The Farne Islands are associated with the story of Grace Darling and the wreck of the Forfarshire. Grace Darling was the daughter of Longstone lighthouse-keeper (one of the islands' lighthouses), William Darling, and on 7 September 1838, at the age of 22 years, her father and she rescued nine people from the wreck of the Forfarshire in a strong gale and thick fog, the vessel having run aground on Harcar Rock. The story of the rescue attracted extraordinary attention throughout Britain, and made Grace Darling a heroine who has gone down in British folklore. (Wikipedia) For a link to the Farne Island site, en.wikipedia.org/wiki/Farne_Islands And for Bamburgh Castle www.bamburghcastle.com

The highest Munro 3133ft (1011 m) in the so-called Arrochar Alps which are in the Grampian Mounting range, they are group of mountains located around the head of Loch Long, Loch Fyne, and Loch Goil in Argyll and Bute, Taken from the Old Military Road, off of the Rest and be Thankful in Glen Croe. 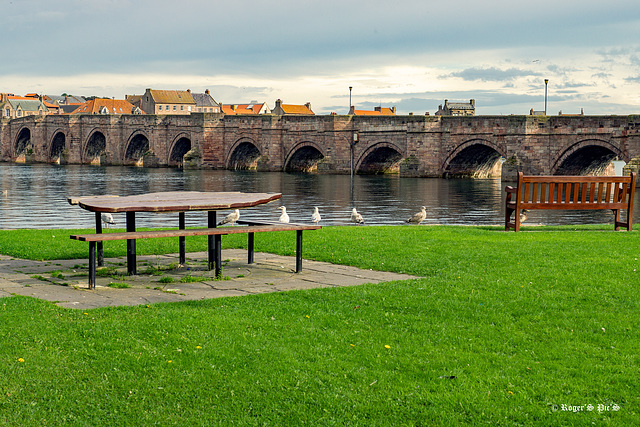 Benches and Gulls with the old bridge at Berwick on Tweed as a backdrop, This 15 span grade one listed structure was built between 1611 and 1624, it is 1,164ft (355 m) long, it is also a scheduled monument and built of red sandstone. I prefer the image large, HBM and a good week. 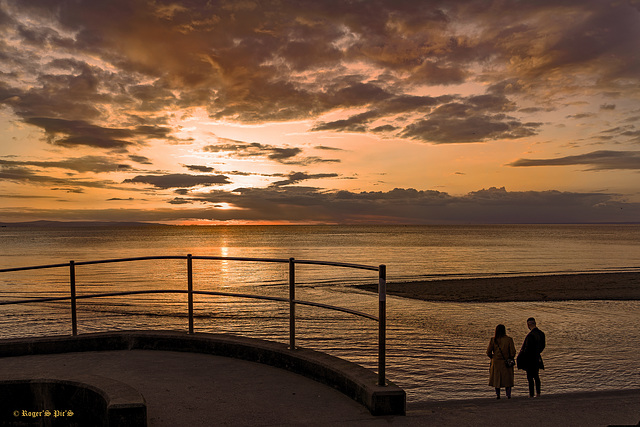 The Romance of Sunset

As the sun drops below the horizon and another day draws to close leaving the tide to ebb out of Bridgwater Bay until the morning tide arrives, and another day dawns, HFF and good, peaceful week. 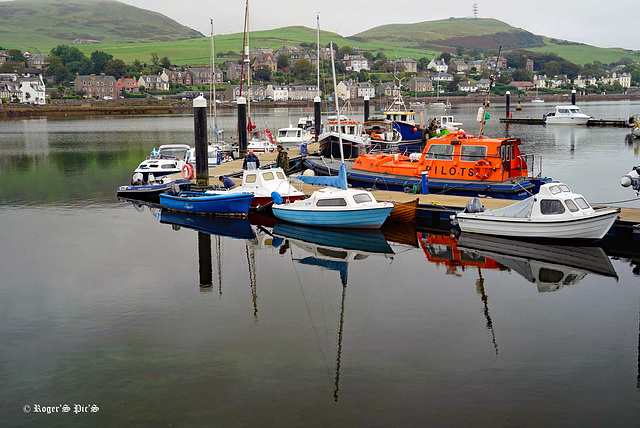 Campbeltown Loch, Kintyre, The harbour is also home to a fishing fleet has berths for coasters plus a Calmac ferry terminal. 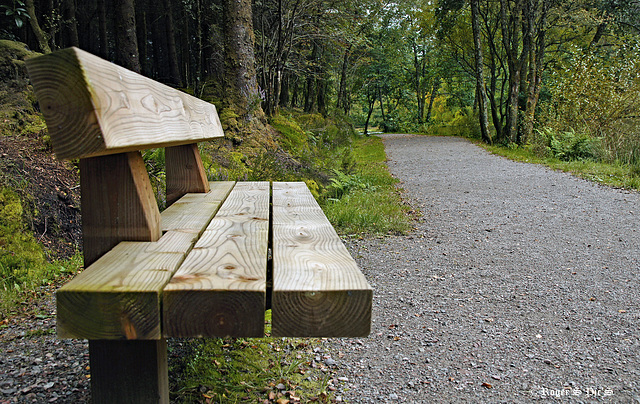 Close up view of a bench on the woodland path at Glencoe Lochan, Glencoe village, Scotland Large for detail please HBM and enjoyable week 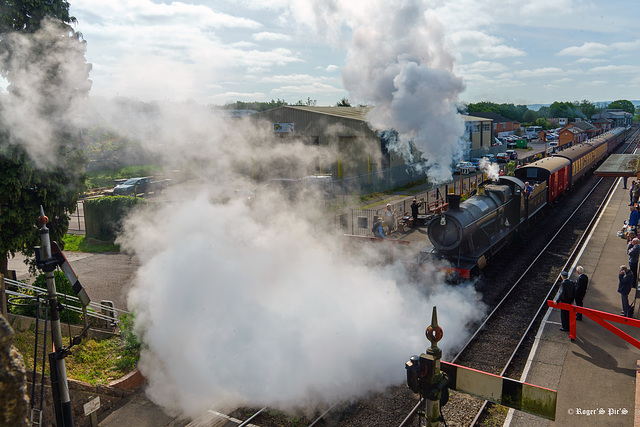 Ex GWR 2-8-0 2857 pulls away from Bishops Lydeard Station and starts on the climb up to Crowcombe station, which is the first stop on the 22-mile journey to Minehead. Bishops Lydeard loco shed far distance right HFF and a peaceful weekend. Large may be worth a go 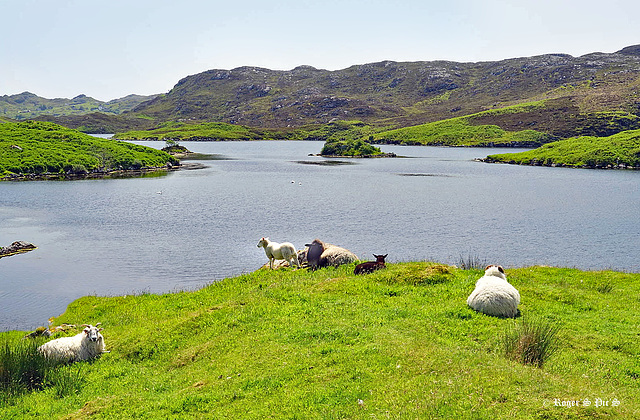 Loch an Tairbeirt, Isle of Lewis, Outer Hebrides, on a quiet sunny summer afternoon. The sheep are resting and swans drift around the loch 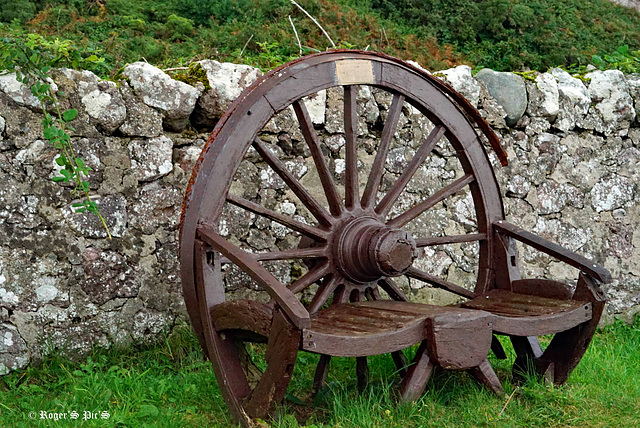 Another non-standard bench this time sadly showing the passage of time and the salty air, Carskey Bay, Kintyre, HBM and a good week
958 items in total
Jump to top