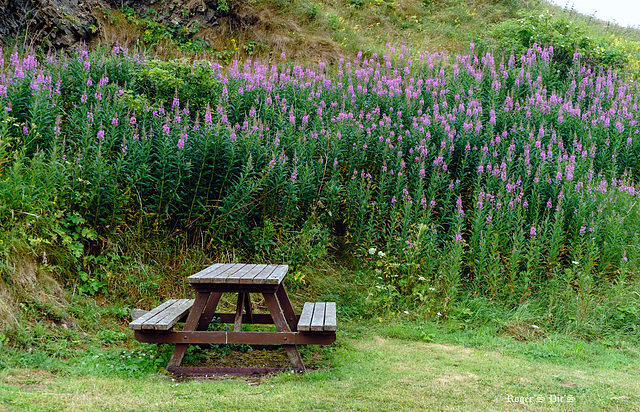 A seat beside the wild flowers and looking across to Lybster Harbour with the comings and goings of it's fleet of fishing boats, HBM and a good week 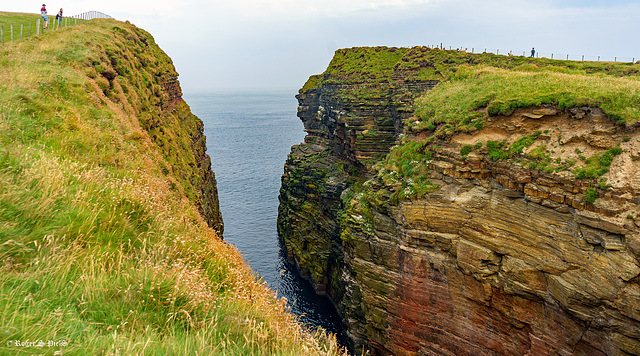 This is the Northeastern Corner of the British Isles at Duncansby Head, and this is Geo of Sclaites, a vast crevice in the cliffs which are around 64 meters high and provide nest sites for many birds, Including, Puffins, Guillemots, Razorbills, kittiwakes, Fulmars and many Gulls. The water is the Pentland Firth. A large view may be beneficial The folk on the cliff top are possibly a little careless, so another tenuous link from Man Overboard, www.youtube.com/watch?v=E6GIKA3hYlo HFF and a good weekend. 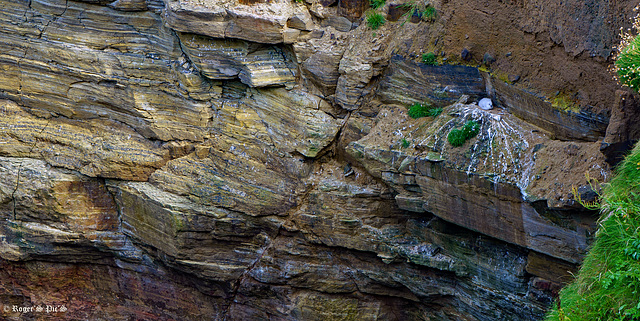 Large View Please,,,,,,,,,,,,,,,,,,,,,,,,,,,,,,,,,,,,,,,,, This young chick looks very alone in its position near the top of the 64 m sea cliffs at Duncansby Head which is the far North east corner of the British mainland, as it patiently waits for parents to return with food although not sure of the species, a herring gull is the most likely I would guess but any help would be more than welcome 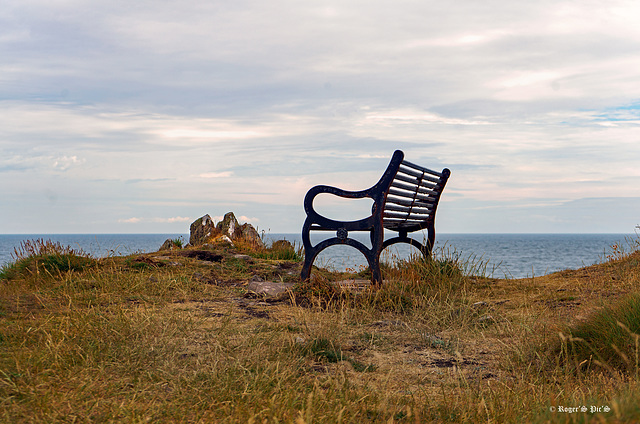 Overlooking the Solway Firth and no safety net so it's not a bench for vertio sufferers, Isle of Whithorn, Dumfries and Galloway. A rather tenuous music link, Jimmy Cliff www.youtube.com/watch?v=MrHxhQPOO2c HBM and a good safe week 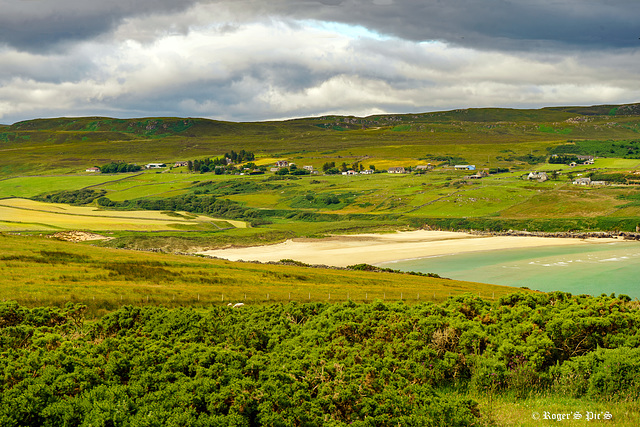 The white sand beach and turquoise water at Armadale bay on Scotland's, North Coast, another image from the North West 500 route. Wish everyone HFF and a nice weekend 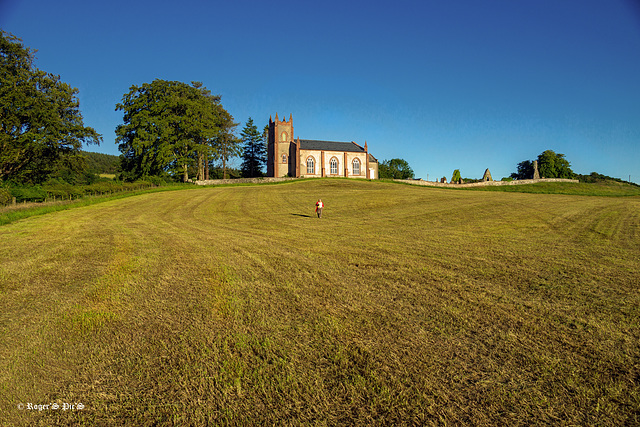 The Church in the Fields-, (pip)

The harvest is in but the festival will have to be elsewhere, this is Buittle Parish church lit by late evening sun. The long history of this ‘Church in the Fields’, going back via the adjacent ruined building to the royal chapel of C13th King John Balliol, lends atmosphere to this lovely rural church. Which was originally Roman Catholic and later became Church of Scotland. The church closed in 2010 and is now up for sale, (Pip) The roofless shell of the most intact medieval parish church in the region I prefer the image large. 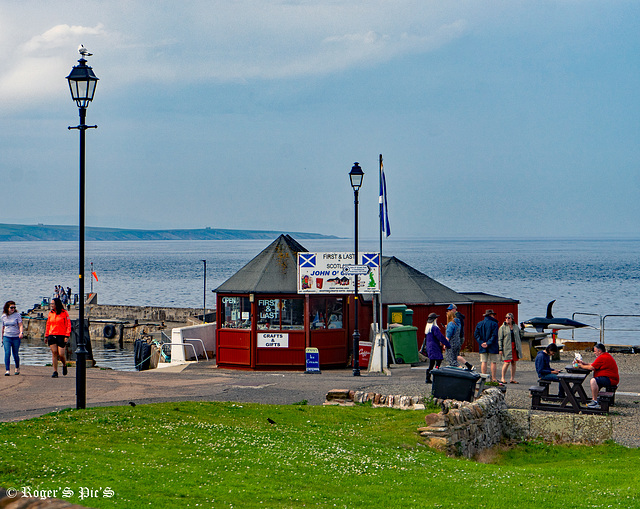 This is John o'Groats which is not the northernmost point on the mainland that honour belongs along the coast at Dunnet Head, it is however one end of the longest distance between two inhabited points on the mainland (land's End is the other) 876 miles away, Nothing to stop for here really, just a quick pit stop on the way to Duncansby Head for us. The island in the background is Stroma, It is the most southerly of the islands in the Pentland Firth between the Orkney islands and the traditional county of Caithness, HBM and a good week 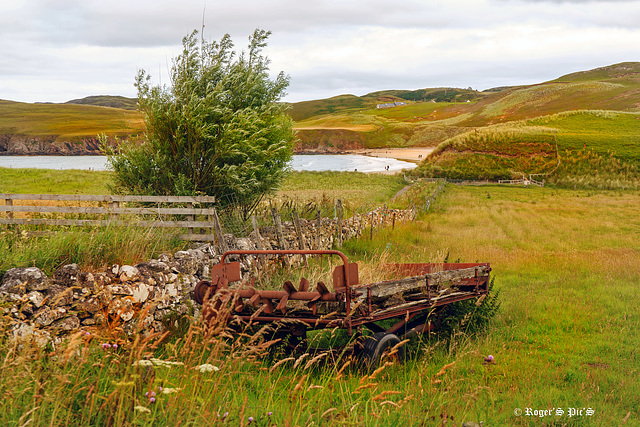 Although I'm not big on farm machinery, this abandoned farm equipment looks to be a muck spreader and could well be a 1950s model, any way I thought it anchored the shot nicely, The wall and fence indicate the footpath down to Farr beach at Bettyhill where the waves off of Farr Bay lap gently onto the pale sand. This is a link to a Wurzels song, The Champion Dung Spreader, although they are a long serving Somerset band the guy on the Accordion Tommy Banner is the world's only Scottish Wurzel. www.youtube.com/watch?v=4SH281p2u18 It may look better on black,,,,,,,,,,,,,,,,,,,,Wish you all a HFF and a lovely weekend 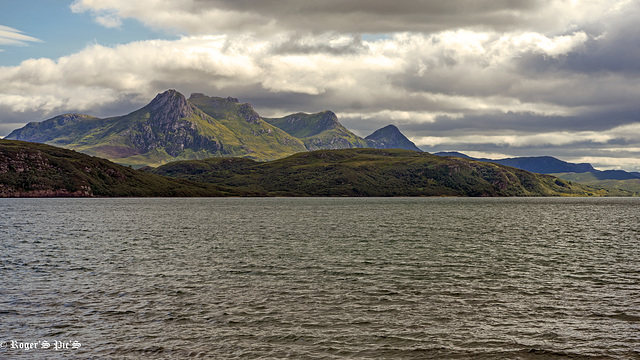 Ben Loyal again, this time from the Melness Cemetery car park on the opposite side of the Kyle of Tonge In 16.9 format, so a large view recommended
991 photos in total
Jump to top