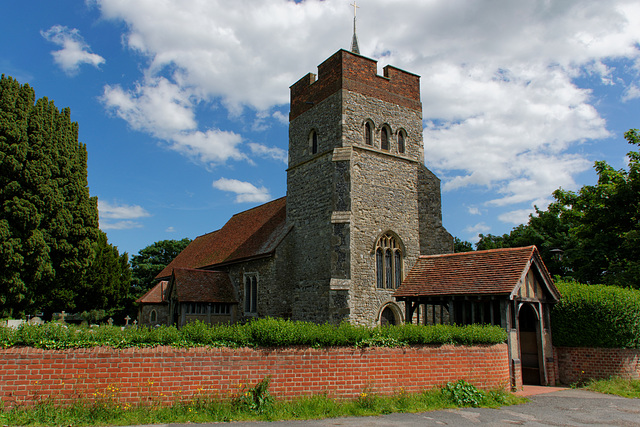 The Saxon origins of the church can be seen in the north wall of the nave and chancel, which was later partly rebuilt and extended in the 14th century. The tower was added in the 15th century, and a brick parapet added to it during the Napoleonic War.
Link to Stambridge Church on Essex Views
Suggested groups:
Comments