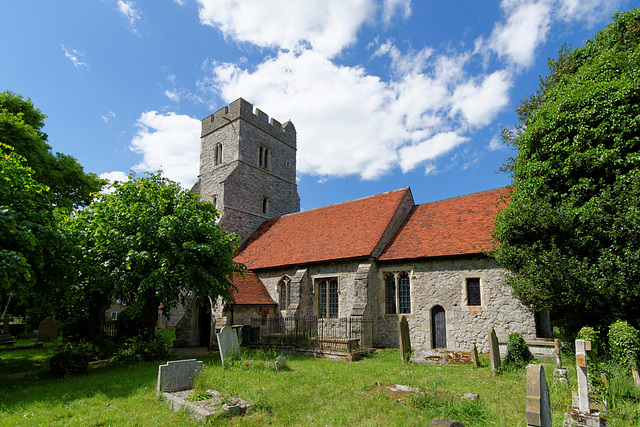 St Peter's consists of a heavily restored Norman chancel and nave, and a tower which was added in the 15th century.

In 1887 church services at St Peter were performed by the Rev James Boyce, who was frequently drunk, which caused his wife to up stumps and leave him, taking her five children to Torquay for good.

A local diarist wrote: " A regular scene occurred in the Church as Mr James did not make his appearance at the proper time. Waited until 20 mins past 3 and all the people left the church. When we got to as far as the school, we heard the second Bell. Turned back & went to Church and heard his farewell sermon, which was very good. He cried. He was worse for drink, but not so much so in the afternoon as the morning on account of his having such a good sleep, which accounted for his being late."
Paglesham on Essex Views

Elbertinum has particularly liked this photo