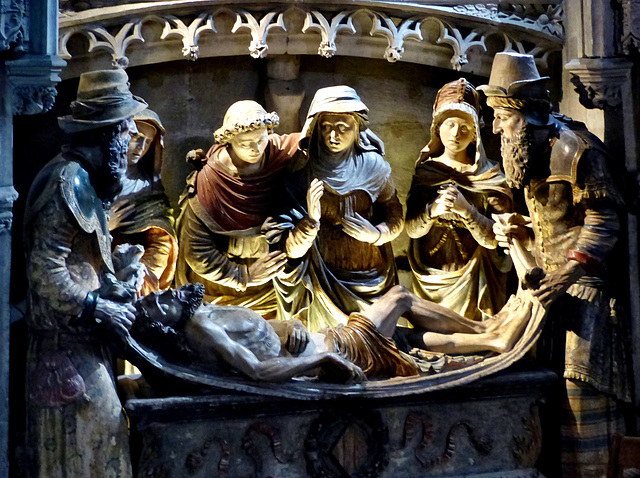 Notre-Dame la Grande, a former collegiate church, was completed around 1150. This facade is a masterpiece of Romanesque art.

The church replaced an older one, known since the 9th century. The famous facade is a brilliant example of the Romanesque "style poitevin".

But as I have already uploaded many photos of this beautiful church, I will just add two shots now.

The polychrome "Mise au Tombeau" (Burial of Jesus) was created by an unknown artist. It is marked in the back 1555. It was carved for the Abbaye de la Trinité in Poitiers and originally had even two more statues. Since the abbey got demolished after the Revolution the "Mise au Tombeau" was moved to a side chapel of Notre Dame