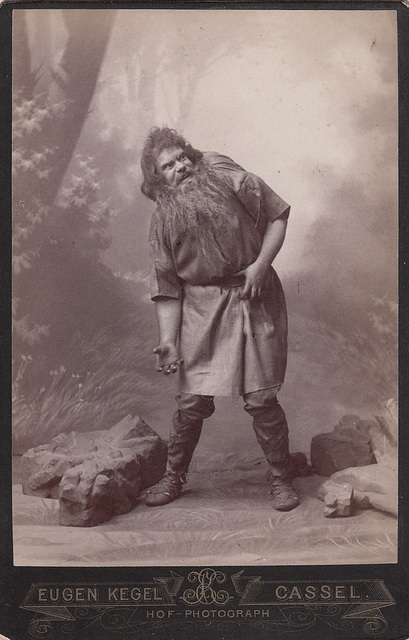 On the photo from 1884 he is seen as Mime in Wagner’s opera “Siegfried”.

ReiRoWi has particularly liked this photo