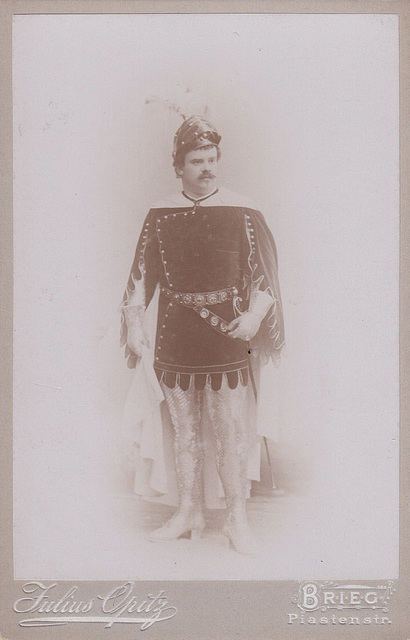 On the photo from 1889 he is seen as Manrico in Verdi’s opera “Il Trovatore”.
Suggested groups:
Comments