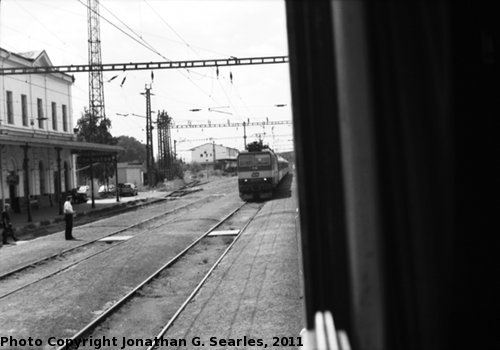 This photo isn't of anything special, but is the better of two shots I took from the train in Chomutov on the way to Karlovy Vary, a city I had always wanted to visit as it's one of the main Czech tourist destinations that I've so far missed. I kept this one and uploaded it mostly because I liked the composition. This is also my first shot posted to Flickr (I think) taken with C41 black and white film, or at least the first taken with Kodak BW400CN.
Suggested groups:
Comments