Latest posted Navigate on the map Photos with specific people Most appreciated Most viewed Most commented Search by keywords Search by date
See also... Amelia's
favorite photos All the photos where
Amelia appears 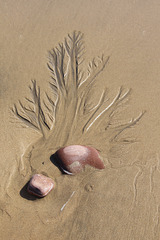 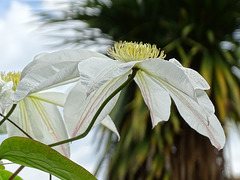 Today's Sunday Challenge: Use your photographic skills to express a feeling, an emotion, to get an emotional response from the viewer. This plant is a large flowered group 2 clematis. It flowers late may to early June, requires an open position and only minimal pruning / tidying up. If it is cut hard back it won't die, but just produce a lot of non-flowering shoots.

Narcissus poeticus, the poet's daffodil, poet's narcissus, nargis, pheasant's eye, findern flower or pinkster lily, was one of the first daffodils to be cultivated, and is frequently identified as the narcissus of ancient times. I know it as Pheasant's Eye, and the very short 'trumpet' is very distinctive. The flower is extremely fragrant, with a ring of tepals in pure white and a short corona of light yellow with a distinct reddish edge. I don't find it easy to grow at all, and have only seen it a few times in National Trust gardens, and certainly it is not found in big drifts there. I do remember vividly my father taking me to a private woodland in the Kingdom of Fife, when I would have been seven or eight years old. The fragrance was really powerful. Today brought back those memories. As far as I know this is the latest flowering species of daffodil in the UK. 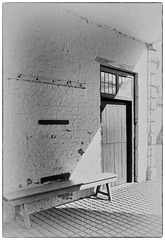 An old bench outside the stable block 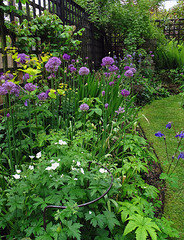 The garden this morning

We used to open the garden for the National Garden Scheme, but since we lived in Norway from 2007 - 2012, and because I was ill in 2018, it has never been the same, and is not fit for showing. I do work hard in it and love it, but I get tired more often. It's an age thing. ;-) The plants here are Alliums, Geraniums, Aquilegia, Smyrnium and ferns in the shady area. The roses, clematis and other herbaceous perennials will take up the challenge from June onwards. From winter the snowdrops hold the scene followed by Winter Aconite, then self seeding Crocus tommasinianus, then Narcissus pseudonarcissus. I always try to have something in flower for every day of the year. I'm not into shrubs at all. 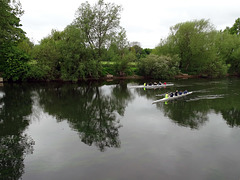 The PiP shows what our garden looked like this morning. 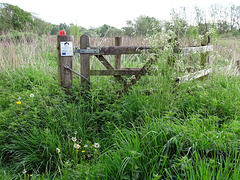 A fence leading nowhere. A gate never opened. Thinking about this, my guess is that there was a fence, and the gate led to an area for spoil that came from the excavation of the ponds. The work has now finished and this area is left to naturalise once more. 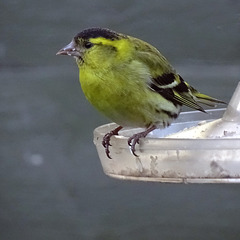 This little siskin was on its own at the bird feeders. I had to take the photo through our back door window, as he kept flying off when I went outside. This is the first siskin we have seen this year. I hope we can encourage a few more. 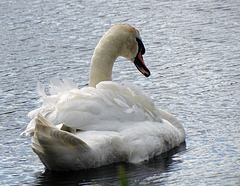 One swan a swimming. 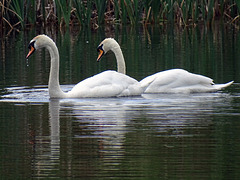 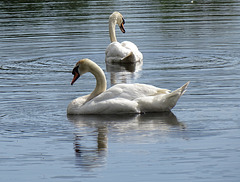 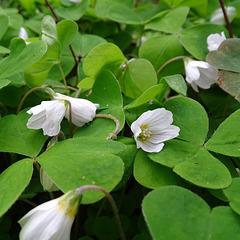 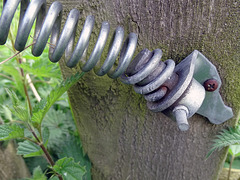 Extension Spring on a Gate-post

Today's Sunday Challenge is: SPRINGS. BUT not flowers or plants This type of spring ensures that the gate is closed when the spring is not in tension. 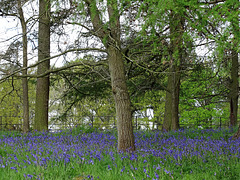 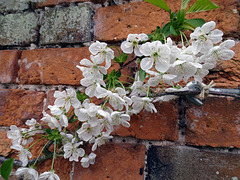 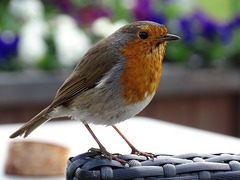 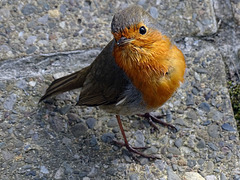 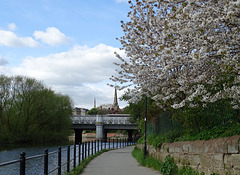