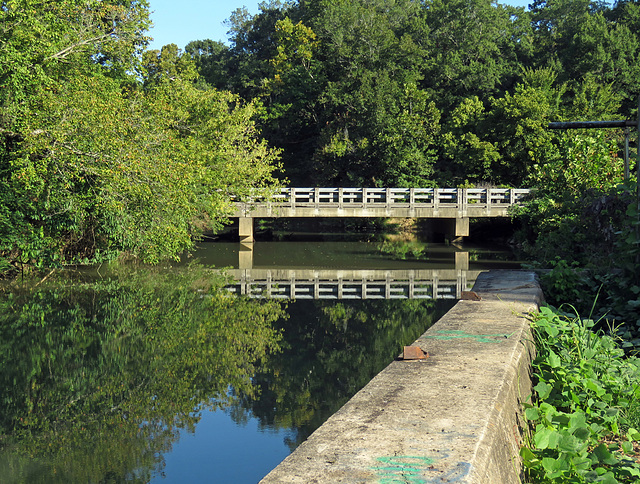 This photo was taken immediately upstream from a low head dam constructed for a Gulf States Steel pumping station that was abandoned in 2000 when the steel plant closed. These types of dams have been called “drowning machines.” As water goes over the dam, it creates a strong recirculating current, called a backroller or boil, at the base of the dam. The force of the backroller can trap boats against the dam and capsize them. People in the water can be trapped, pulled, and held under, even if they are wearing a life vest or personal flotation device. Since 2015 four people have drowned at this dam. Funds were voted to remove it in 2017, but it has yet to be removed. It is located in Attalla, Alabama on Big Wills Creek.

goandgo has particularly liked this photo