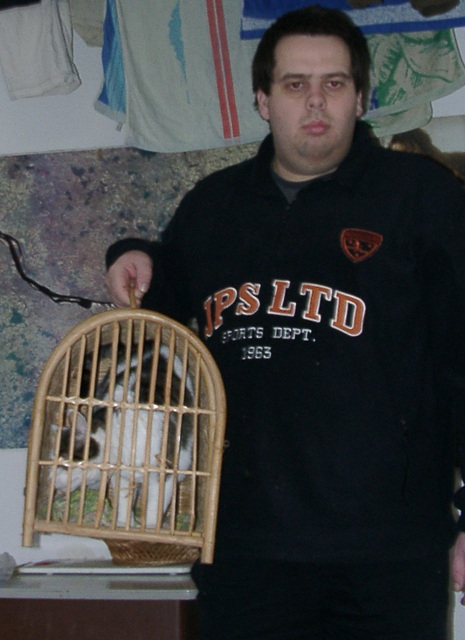 This afternoon I have to go to the veterinarian with one of my 2 cats.

Some time later I noticed some white paste at the place where he sit before (the top of my monitor) which looked quite like Vaseline, but smells like... hm, undefinable.

I thought it might be anal-secretion (or ichor?) - but he don't do "tobogganing" ("Schlittenfahren as we say here, robbing on the floor), so I thougt it could be others.
Maybe tapeworms, the doctor told me on the telephone in the morning - but I wouldn't know it exactly.


Would tell it later, after the visit...

See where this picture was taken. [?]
Suggested groups:
Comments