Latest posted Navigate on the map Photos with specific people Most appreciated Most viewed Most commented Search by keywords Search by date
See also... Francis Taylor's
favorite photos All the photos where
Francis Taylor appears 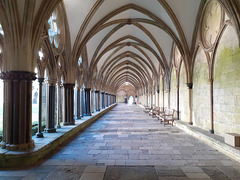 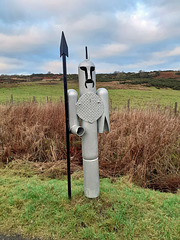 One of the statues, made out of old gas cylinders, standing by the footpath near Quarriers Village in Scotland, where my son and his family live. 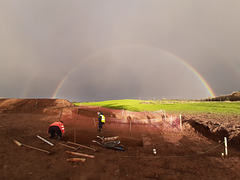 Looking for that pot of gold.

Taken by my daughter, an archaeologist, who was directing this excavation in Ireland. They never did find the pot of gold, perhaps they were digging in the wrong place. 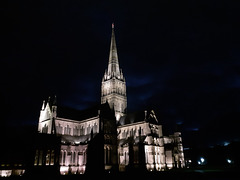 My local cathedral is floodlit at night and I can admire it every week when I go for a choir rehearsal. 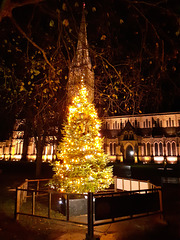 The Christmas decorations are on display in the Cathedral Close. 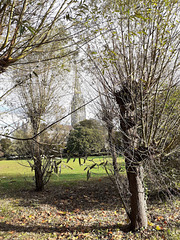 Salisbury cathedral through the branches

An unusual view of the cathedral partly hidden behind the trees in the Cathedral Close. I am lucky to live so close to this magnificent building. 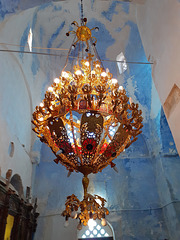 The Monastery church of St Nicholas at Mesopotam in Albania was built in the 11th century on the site of, and using stone from, an earlier temple. The church is an unusual design with four circular roofs and two apses and was probably used by both Catholic and Orthodox worshippers. It is in need of restoration. 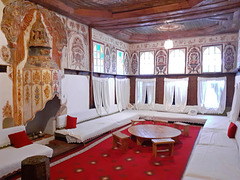 The interior of one of the old Ottoman era houses in Gjirokastra, Albania. 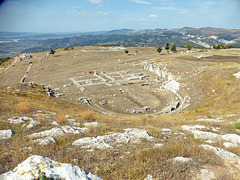 The ancient theatre at Byllis, Albania.

If the audience became bored with the play, they could always admire the wonderful view. 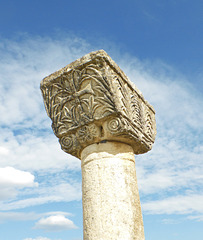 From the early cathedral of Byllis in Albania. 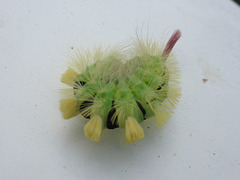 The caterpillar of the Pale Tussock moth

This turned up in our garden yesterday. 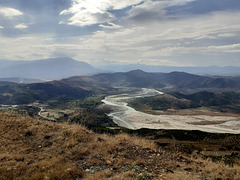 The view from the ancient city of Byllis in Albania. 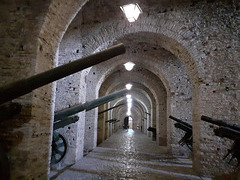 A display of captured Italian and German guns in the great castle at Gjyrokastra, Albania. 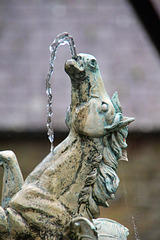 Seen at the entrance to the Roman fort at Vindolanda, near Hadrian's Wall. 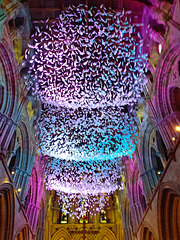 An illuminated display of paper angels in Hexham Abbey. An unexpected bonus during our visit. 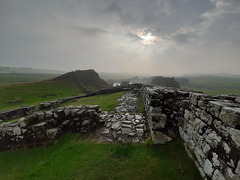 The sun tried to come out at the end of a long wet day walking along the wall. (My daughter, who walked the wall with us, took this one.)

A monument to John Straight, former vicar of Stourpaine, who died in 1680. 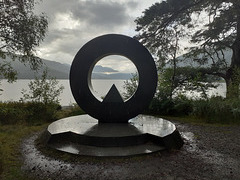 The dramatic war memorial on the shores of Loch Lomond.
762 items in total
Jump to top