Visible by: Certain people including you
All rights reserved

Don't you hear the train coming...? 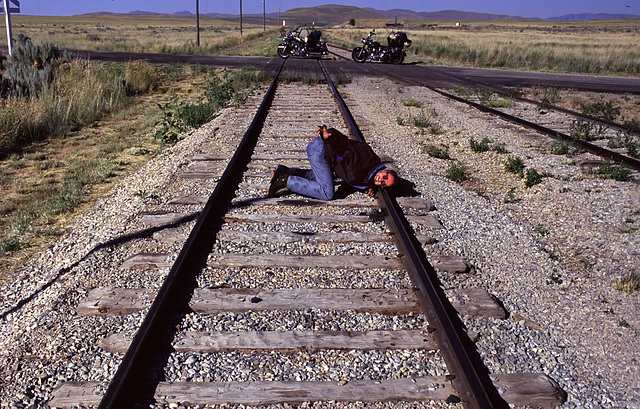 We were on the way to the Golden Spike National Historical Site in Utah, to see the place, where the Central Pacific Railroad and the Union Pacific Railroad met in 1869 and to see the old steam locomotives. But we arrived too late, no train, no locomotive. So we hopefully laid our ear on the rail to hear the train coming, but only an old draisine arrived seconds later....;-)