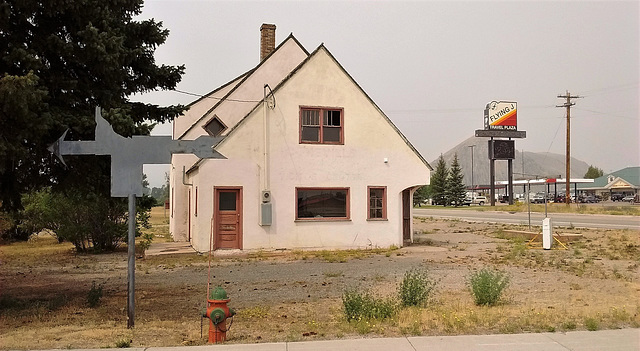 I remember a hostage situation at Cokeville in the 1980s
4 months ago. | Permalink
Léopold club
has replied to Roger (Grisly) club

Thanks for the scoop Roger. I copied this following french summary on Wikipedia.

David Young entered the school with his wife transporting a large gasoline-filled device that appeared to be a bomb. The couple corralled a large group of students and teachers into a single classroom. David attached the bomb trigger to his wrist and threatened the group that he might, at any time, move his arm and ignite the bomb.

After a two-and-a-half hour standoff, the children were becoming restless, so the teachers preoccupied the kids in the form of movies, games, prayer, and books. David became increasingly agitated, and decided to leave the room.[2] Before leaving the room, David attached the bomb's detonation device to his wife's wrist.

When the children became increasingly loud, Doris Young began begging the teachers to settle the group down. At one point she lifted her arm sharply and the bomb went off prematurely, injuring Doris while David was out of the room. Returning to the scene, David shot his wife, then himself. All the hostages escaped, though 79 were later hospitalized with burns and injuries, the majority of which were severe
4 months ago. | Permalink