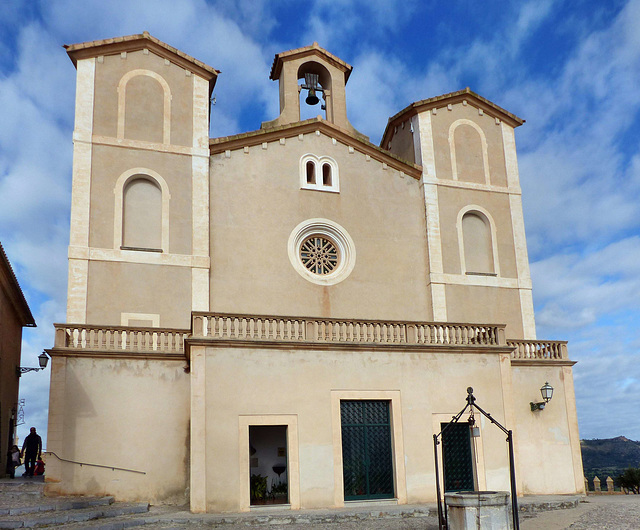 After the fall of the Western Roman Empire, the island was invaded by the Vandals in 425. The time of the Vandals ended, when Byzantine troops general took the island in 534. The first Muslim arrivals were in 707. These ended the Byzantine domination and established their own hegemony. Until 903, the island was part of the Umayyad Caliphate.
From between 902 and 1229 the island was under Islamic control. James I of Aragon ( aka "Jaume el Conqueridor") conquered Mallorca in December 1229.

Artà was known as a settlement in Moorish times and was one of the last Moorish strongholds. It was taken in 1230 and first mentioned in 1232 under the name Yartân. Upon the hill, was a Mosque at that time. I got demolished and a fortification with strong walls got erected. In 1832 the "Santuari de Sant Salvador", that meanwhile is a place of pilgrimage, was built on top of the hill.

From the 16th to the 18th century the population of the city rose sharply and, in addition to agriculture, it developed a textile industry. An outbreak of bubonic plague in 1820, that killed nearly a third of Mallorca´s population, caused a setback resulting in 1200 deaths.
Suggested groups:
Comments