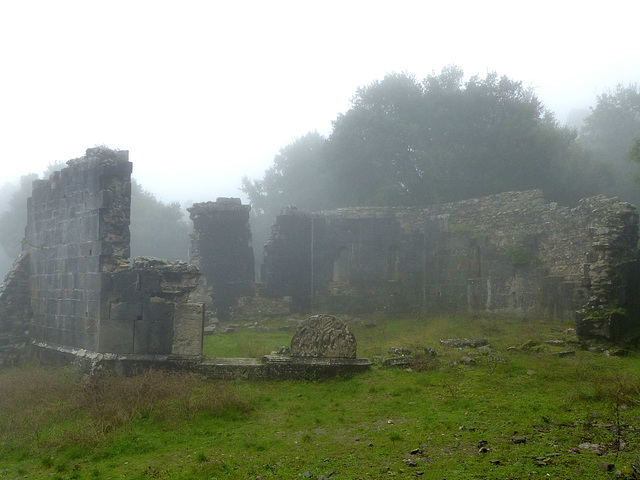 The island of Corsica is one of the 18 regions of France. It was colonized the Carthaginians, the Greeks, the Etruscans and the Romans. After the Roman empire collapsed, Corsica got invaded by the Vandals and the Ostrogoths. For a short while the island belonged to the Byzantine Empire, then the Franks granted the island to the Pope, in the early 11th century Pisa and Genoa together freed the island from the threat of Arab invasion. The island came under the influence of the Republic of Pisa, later it belonged to Genua for centuries. In 1755 after a long fight for independence from Genoa the independent Corsican Republic was proclaimed, but in 1769, when the island was conquered by France.

As the areas near the coast over centuries have been threatened by attacks and raids of pirates many old hamlets and dwellings are wide inland, high in the mountains. So most of the old churches are in the mountains and some of them are hard to find.

The ruins of the medieval pieve-church Santa Maria di Riscamone are located at the end of a long and winding dirt road. Archeologists could find the remains of a Roman dwellings up here. A first small church may have been erected on the site of the Roman settlement in the 5th century. It got enlarged and remoldeled over the centuries but the ruins of the former parish church, that still exist date to the 11th and 12th century.
Just a few metres west to the church, the immense baptistery was erected in the 12th century. By now there are only ruins left, but it is still visible, that the baptistery was octogonal with a diameter of 11 metres.
Suggested groups:
Comments