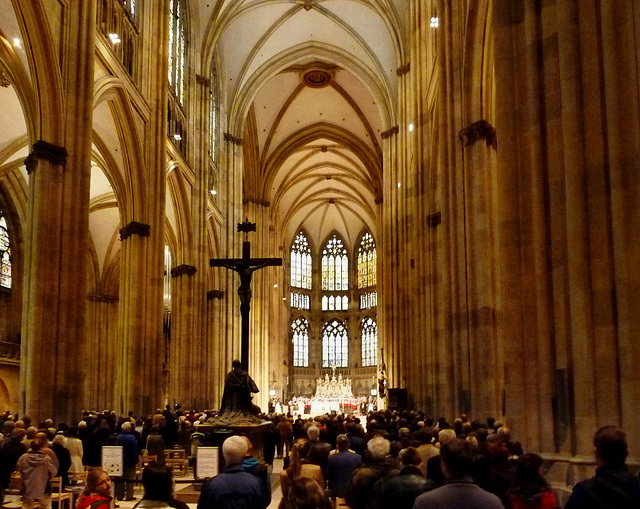 There was a bishop´s seat in Regensburg already during the late Roman times. This bishopric got refounded by St. Boniface in 739 and a church was erected probably at the place, where the Cathedral, dedicated to St. Peter. Within the 9th century a Caroligian basilica had been built here. This got enlarged in the first decades of the 11th century. 1156 and 1172 the basilica burnt down but got rebuilt/repaired. Another fire around 1250 destroyed most of the town - and the church.


The building of the large Cathedral seen now started in 1278. For nearly 300 years the construction continued, before around 1520/1550 all building activities stopped. Work was continued again in 1859 and the two towers finally got completed 10 years later. About 600 years after the start of work, the last roofs over the transept were done.

The nave seen here is 86 meters long, but I did not see much from the interior. I had spent already a day in and around other churches and places in and around Regensburg before I noticed, that a sunday is not the perfect time to see a cathedral...
Suggested groups:
Comments