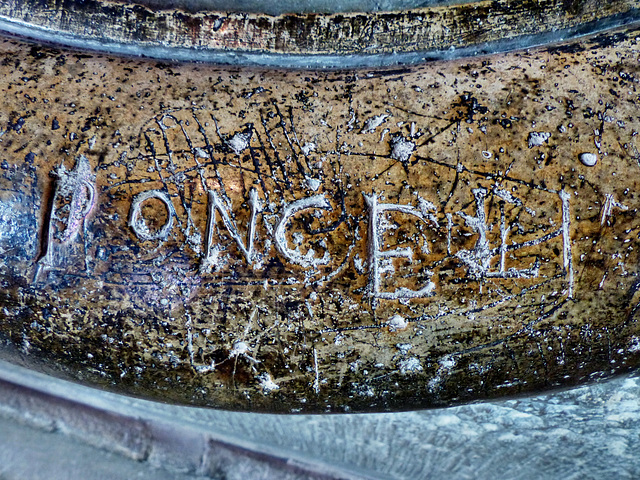 "Notre-Dame de Reims" replaced an older church, burnt down in 1211. That church had been built on the site of the basilica where Clovis was baptized by Saint Remi, bishop of Reims, in 496. The erection of the the large Gotihc cathedral, the place,where the kings of France were crowned, started before 1220. In 1233 a dispute between the cathedral´s chapter and the population regarding taxation and jurisdication ended in a revolt. After several clerics were killed during the uproar, the chapter fled the town and work on the new cathedral was suspended for three years. By 1241 the choir was already used, the nave got roofed in 1299.

Work on the western facade was slow. It was completed within the 14th century, a hundred years after the work started.

During the Hundred Years' War the English held Reims after a long siege, but it got reconquered by Jeanne d'Arc´s army in 1429, so that Charles VII of France (aka "le Bien-Servi") was crowned here on 17 July 1429.

In the first weeks of WWI German shellfire burned, damaged and destroyed important parts of the cathedral. Restoration work began in 1919 - and is been steadily going on since.

"Notre-Dame de Reims" has had bad times in history. Wars, uproars, revolutions took place and left marks. I have always been fascinated by old grafitti, that could only be done, when the church was open and "unattendend". There are many graffiti inside the cathedral. The large bases of the large pillars are covered with names and dates.