Latest posted Navigate on the map Photos with specific people Most appreciated Most viewed Most commented Search by keywords Search by date taken
See also... Loose_Grip's
favorite photos All the photos where
Loose_Grip appears
View on map
Center Close 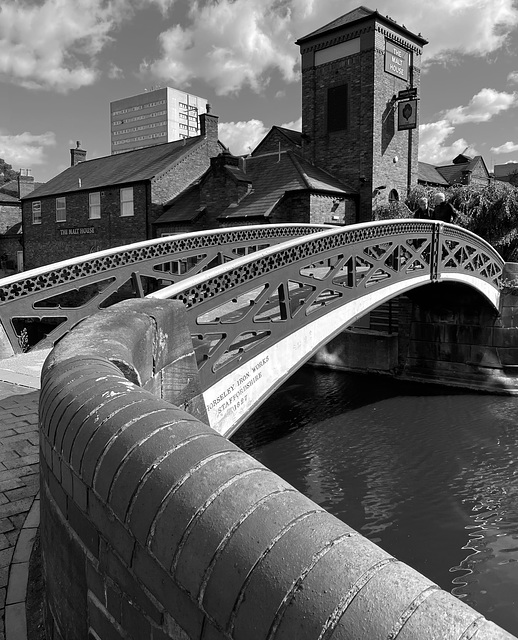 I lived in Birmingham in the 1970s and the Broad Street area of the city was fairly unexciting and the canals, while atmospheric, were run-down. This all changed in the 1990s and the area is now the hub of Birmingham's regeneration with a good blend of old and new. It's still possible to get a virtually unchanged view of the old at the junction of the Birmingham Canal Navigation & the Worcester and Birmingham Canal in the city centre of Birmingham. This bridge was build by the Horseley Iron Works of Staffordshire in 1827. HFF & have a great weekend. 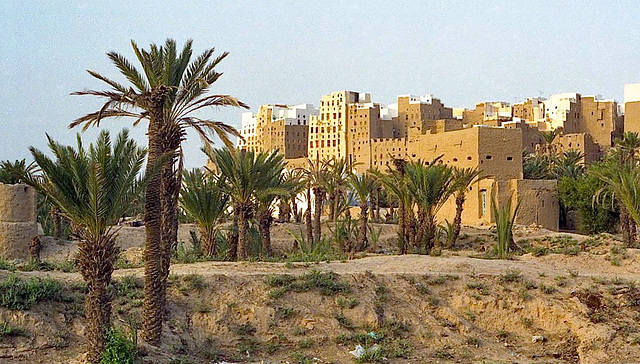 Another shot of Shibam, the Manhattan of the Desert. Shibam is a magical place from the air or on the ground. It must have been a breathtaking vision of civilisation for any desert traveller crossing the Empty Quarter to look over the high cliffs of Wadi Hadramaut and see this beautiful city rising from the wadi floor. 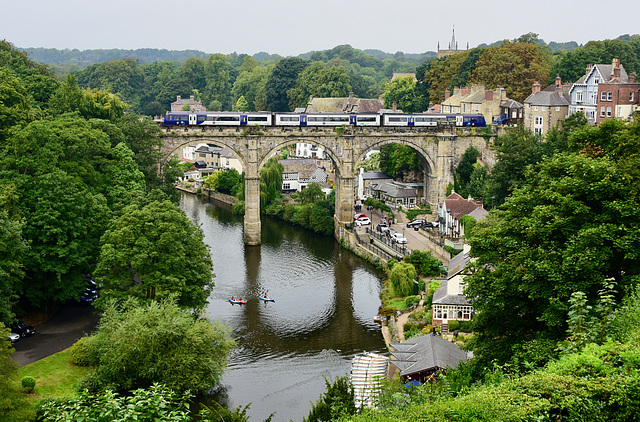 The money shot at Knaresborough in North Yorkshire. Taken from the grounds of Knaresborough Castle. Northern Class 170 diesel multiple unit 1704753 on 2C34, the 10.59 Leeds to York service, crosses over the River Nidd viaduct to pass the classic signal box into Knaresborough startion off shot to the right. Best seen large! 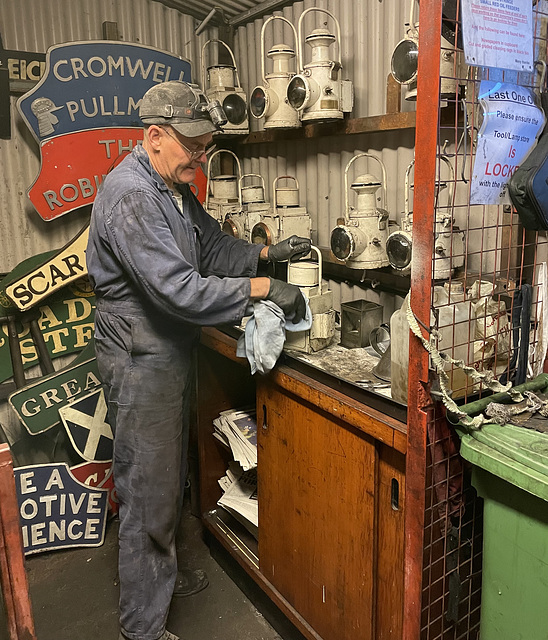 The lamproom at Loughborough shed, a rarely photographed corner of the depot, & Dean the fireman on 48305 is prepping a couple of London Midland loco head lamps. Note the variety of headboards behind him. 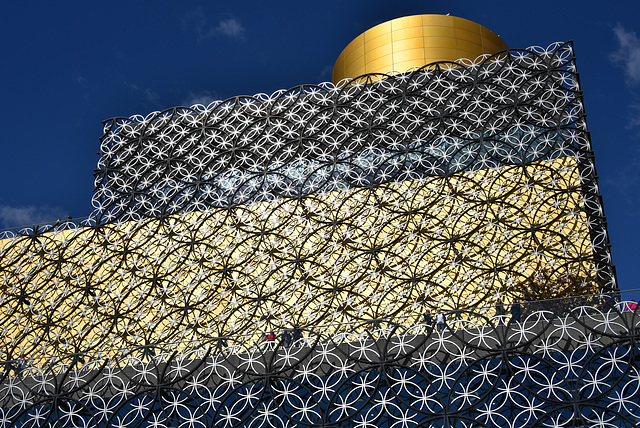 The new Birmingham library in Centenary Square is a striking building. The intricate metal pattern acts as wall decoration and a fence for the terrace. HFF everyone. Have a great weekend. 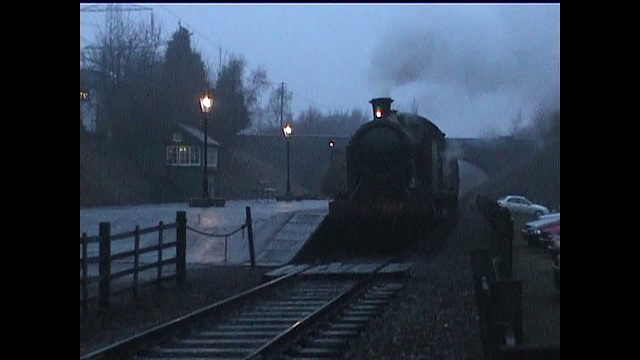 You can't beat a steam railway on a cold, misty winter's evening for atmosphere and Rothley station is full of it. With the gas lights flickering, the signal lamps glowing and GWR 2-8-0T 4247 arriving and departing the ambiance is perfect. (I'm not sure why the thumbnail is out of focus because the video itself is fine!!) 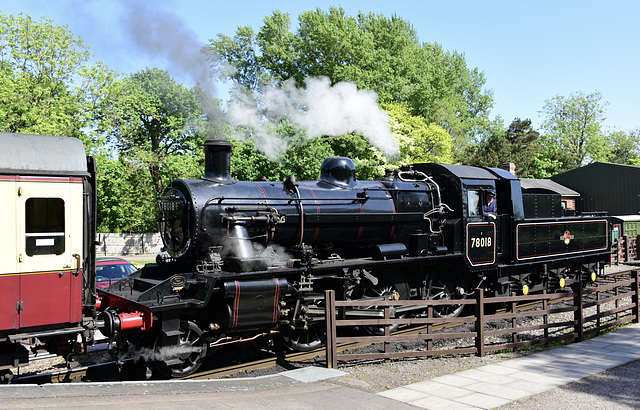 British Railways Standard 2 2-6-0 78018 prepares to depart southwards from Rothley with a delayed passenger service from Loughborough. HFF everyone and a great weekend. 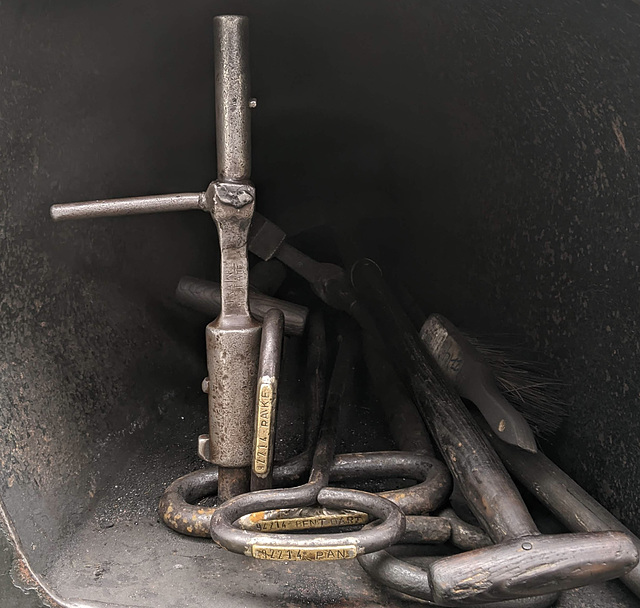 A still life in the tender tunnel of a BR Standard . A couple of firing shovels, a hand brush a coal pick & a collection of fire-irons. The irons are labelled 92214 so it's no surprise which 9F they are from. The vertical rod on the pin is also labelled: "Train Staff" on one side and "Rothley to Leicester North" on the other so we know we won't meet anyone else on the line to Rothley. 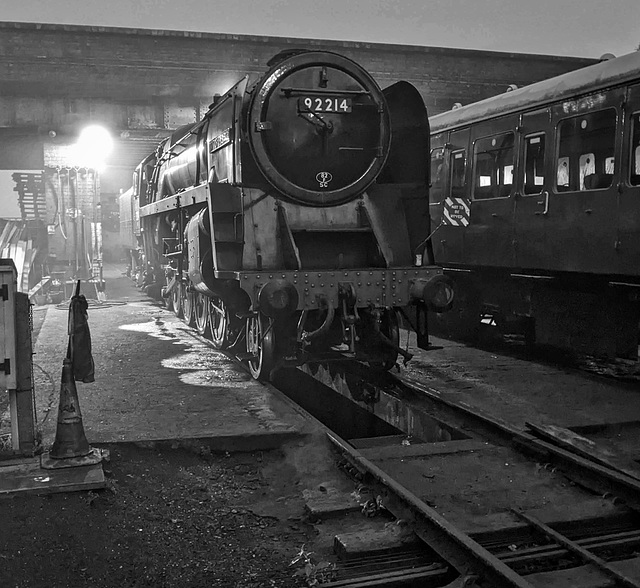 Signing on at 05.45 for a morning turn at the Great Central I found British Railways Standard 9F 2-10-0 92214 waiting on the pit. With Callum's help I cleaned out the remains of the previous day's fire and coaled up the grate for today's fire. Here the 9F waits to be lit up in the early morning darkness. There was still 20psi pressure in the boiler so we were ahead of the game & she came round pretty quickly.
1189 items in total
Jump to top