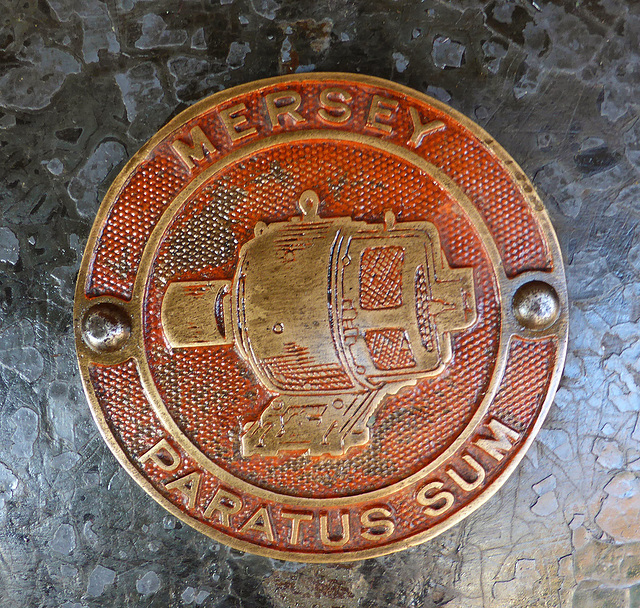 This plate is on a dynamo supplied by McClure & Whitfield for powering the projectors at the Brookfield Cinema in Poynton, Cheshire, in 1938. The translation - Mersey, I'm ready.

The Mersey Dynamo works of McClure & Whitfield appears to have originated in a foundry business called Cameron Pearson which was merged into McClure & Whitfield in 1892 and became one of the first electrical engineering companies in the world, manufacturing dynamos. McClure & Whitfield installed the first electrical lighting powered by one of their dynamos on the Embankment in 1897, it also supplied the navy through 2 world wars with steering and drive motors for submarines, surface ships and indeed for mulberry harbour. In 1946 the business partnership existing between David McClure and Robert Brotherton Whitfield dissolved but the business continued. The company still exists and is still a private company owned by the family trading as Piggott and Whitfield Ltd, based in the North-West and in the City of London, installing mechanical, electrical, control and data systems into commercial and industrial properties all over the UK and beyond.
Suggested groups:
Comments