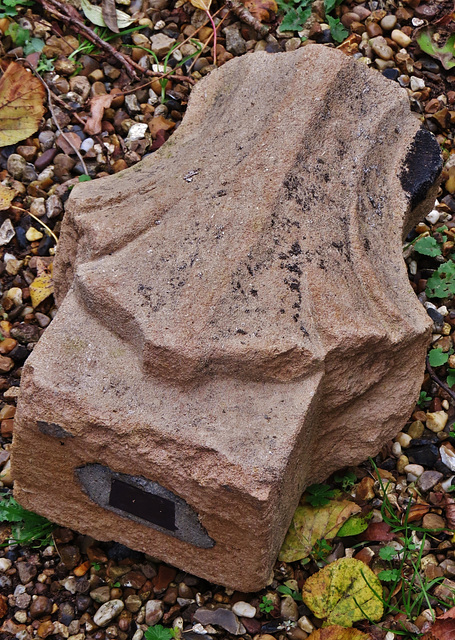 despite the remains of continuations broken off on each side, I can't see that this can be anything other than the base of a gable cross, probably c15. a square lead shaft has been cut off where it has been cemented into the base, though I'd have thought that a gable cross would have had a longer stub - see accompanying socket, although they may not belong together. made from an oolitic limestone with the occasional bigger shell.

part of a collection of unprovenanced sculpture from suffolk.
Suggested groups:
Comments