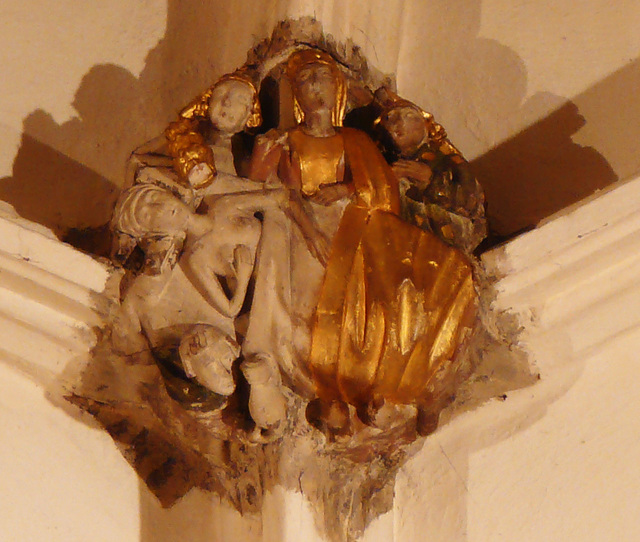 woman asleep [or ill] in bed, the empress' crown beside her pillow. a servant holds up a urine flask. quite how this fits the story is unclear. late c15 boss from the bauchon chapel vault, depicting a christian empress wrongly accused. ironically, in the consistory courts held here most of those accused were innocent , tried in god's name as shrews and scolds, witches, bogomils, lollards and heretics; the jews escaped these late mediaeval courts in england only because they had already been either slaughtered or ethnically cleansed already. oh, the good old days of merry england!
Suggested groups:
Comments