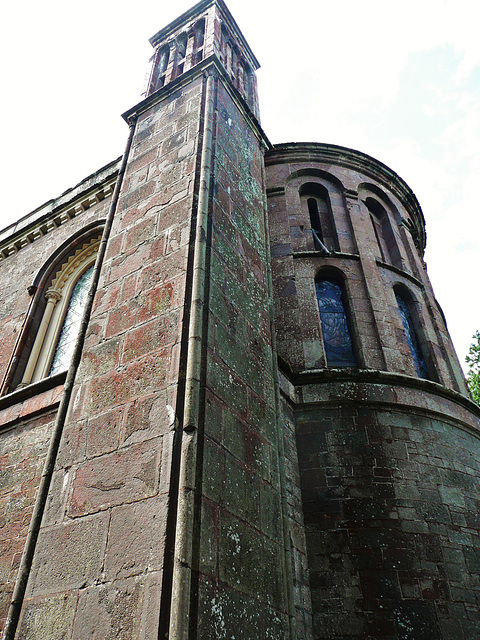 the chapel in the grounds of killerton park is a neo-norman building designed by cockerell in 1841, using the lady chapel from glastonbury abbey as its starting point, as did so many of such churches at that time. the neo-dec capitals apart this is a fair job, though it is obvious that the carving is unfinished. it is a pity that the west door and porch is only blocked out, though going by the rose window any carving of the archivolts would have been done with precision rather than gusto.
Suggested groups:
Comments