Caligula from Thrace in the Louvre, June 2013 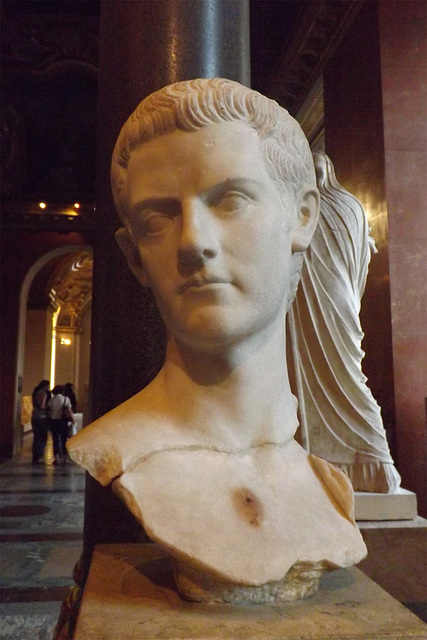 The emperor wears a beard in mourning for the death of his sister Drusilla in AD 38. The flowing style and the finely carved surface are a reaction against the academic style typical of the end of Tiberius’s reign.