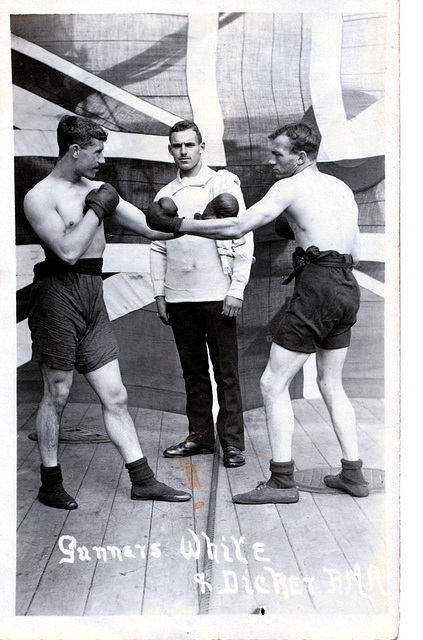 HMS Superb was a Bellerophon-class battleship of the British Royal Navy. She was built in Elswick at a cost of £1,744,287, and was completed on 19 June 1909. She was only the fourth dreadnought-type battleship to be completed anywhere in the world. She continued routine peacetime activity until 29 July 1914 when the Grand Fleet relocated to its war base at Scapa Flow. On 10 November 1915 Superb was transferred to the Fourth Battle Squadron, which changed her place in the command structure but not her geographical location. At the Battle of Jutland on 31 May 1916 Superb was the flagship of the fourth battle squadron, flying the flag of Rear-Admiral Alexander Ludovic Duff, She received no hits and sustained no casualties. She saw no other active service during the First World War; routine exercises continued until 1918. In October 1918 she was sent to reinforce the British Eastern Mediterranean Squadron, and in November, as the flagship of Vice-Admiral Gough-Calthorpe, led a combined Franco-British force through the Dardanelles to Constantinople (now Istanbul) after the signing by Turkey of the armistice at the conclusion of the war. In April 1919 she was relieved and sailed for England, and on 26 April 1919 was reduced to reserve status at Sheerness. In May 1922 she was used as a gunnery target, and later in the year as a target for aerial attack. In December 1922 she was sold to Stanlee Shipbreaking Company of Dover, and was towed to Dover where she was broken up. Her ship's bell is exhibited at Melford Hall, a National Trust property in Suffolk.
Suggested groups:
Comments