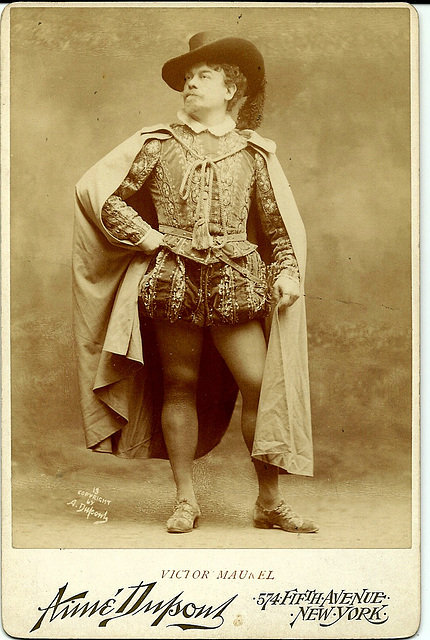 Debuted at the Opera March 04, 1868. Debuted at the Opéra-Comique on 06 October 1885 in Etoile du Nord (Peters)Chante Zampa, le Songe d'une nuit d'été, Don Juan.. Sang Falstaff (Falstaff) from 1900, le Juif Polonais (Mathis), He created two roles. Verdi had chosen him to create Otello (Iago) and Falstaff (Falstaff) at the Scala in Milan. In 1883, he attempted to resurrect the Théâtre Italien in Paris.
CC BY 3.0 OperaMania Victor Maurel by Aime Dupont