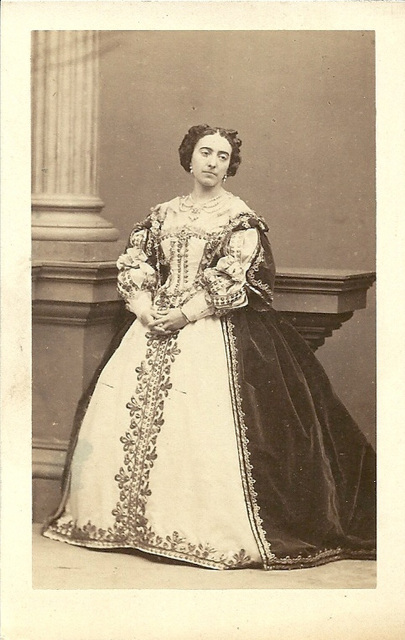 CAROLINE ALEXANDRINE LEOPOLDINE MARIE DUPREZ
( Caroline DUPREZ)
french soprano
(Florence, April 10, 1832 - 64.Pau, April 17, 1875)
Her father was the famous opera singer Gilbert Duprez, with whom she sometimes appeared. A soprano, she made her Paris début at the Théâtre Italien in La Somnambula in 1850. The following year she helped to produce the world première of her father’s opera Joanita in Brussels. In 1852 she created the role of Angela in Marco Spada. She also appeared in Lyon (1856-1858), Bordeaux, London, St Petersburg, and at the Théâtre-Lyrique in Paris. She died on 17 April 1875 (her father outlived her by twenty-one years.)
Suggested groups:
Comments