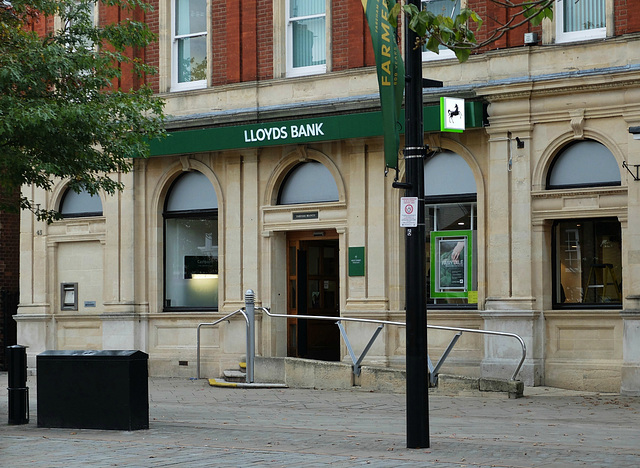 Although I knew it was coming, I was taken rather unawares by the timing of the rebranding of Lloyds Bank (formerly Lloyds TSB) which took place as the result of a European Commission ruling on state aid. With TSB business now conducted elsewhere (as from 9 September 2013), this renaming took effect from 23 September 2013. My first sight of the results was at the Fareham (West Street) branch and forms an important (to me) part of my document of retail and consumer changes. The fascia looks temporary to me. If not, then it looks rather cheap so we shall see. On a technical note, there is a slight lack of clarity in this image. I chose a shot in which cloud was affecting light in the street (as evidenced by the electric lights in the picture) as I did not like the effect of the bright sunshine which re-emerged a few minutes later.